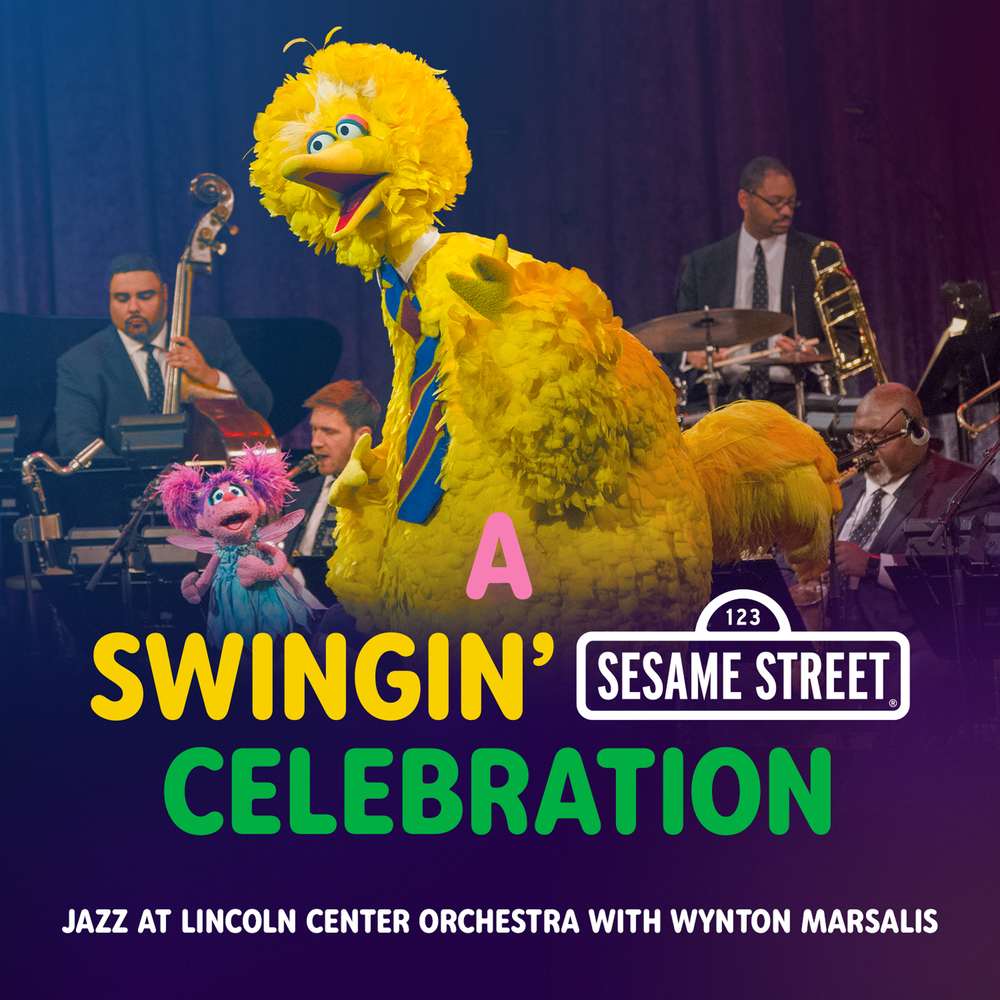 Available in 96 kHz / 24-bit AIFF, FLAC high resolution audio formats
Jazz great Wynton Marsalis has been a frequent guest on Sesame Street—and now, to celebrate the 50th anniversary of the landmark series, he’s returning the favor. On A Swingin’ Sesame Street Celebration, Marsalis and the Jazz at Lincoln Center Orchestra host the Sesame Street gang in the “House of Swing” for a big band salute to a very special show. On this digital album, which accompanies the release of a concert film by the same name, the Jazz at Lincoln Center Orchestra’s fresh arrangements of classic Sesame Street songs reveal the timeless appeal of the program’s repertoire. The concert assembles a star-studded lineup of Sesame Street characters—including Elmo, Abby, Big Bird, Bert & Ernie, and many more—to perform beloved earworms like “Rubber Duckie,” “I Don’t Want to Live on the Moon,” and “Elmo’s Song.” No one is too young or too old to enjoy this hilarious, soulful, and joyous music—so be a part of our neighborhood and celebrate five decades of Sesame Street in swingin’ style.
96 kHz / 24-bit PCM – Blue Engine Records Studio Masters