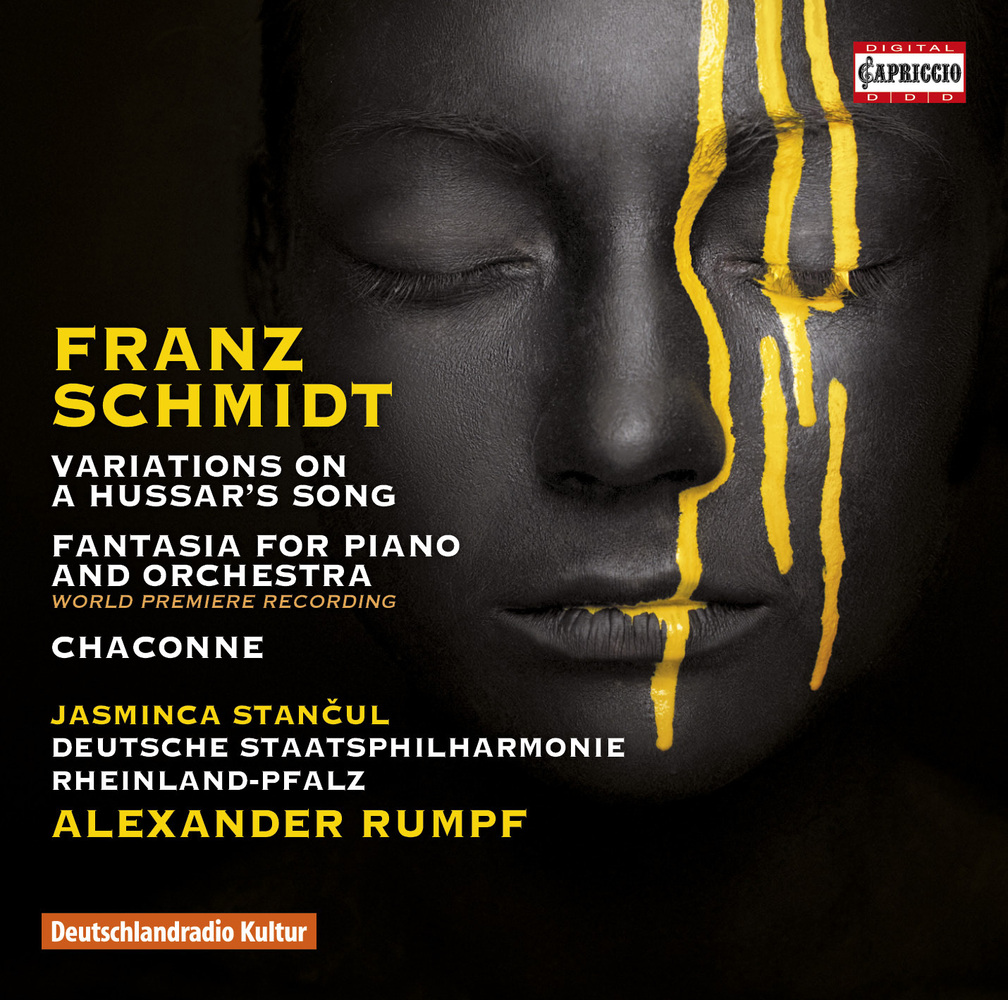 Available in 48 kHz / 24-bit AIFF, FLAC audio formats
Franz Schmidt's exemplary organ works and his oratorio The Book with Seven Seals rank today among his major compositions. This recording, however, features some of the rarities, including the Fantasia for piano and orchestra in B flat major. The work is thought to have been written in 1899 and finds Schmidt anticipating material from his successful opera Notre Dame. Long considered lost, the première of the Fantasia took place more than a century after its composition, on 8 November 2013 in the Vienna Musikverein. Variation form always held a special appeal for Schmidt, either in the form of thematic elaborations or in that of his large-scale Chaconne. The work's 1931 orchestral version (an arrangement of the Chaconne for Organ in C sharp minor) received its première at a 1933 subscription concert given by the Vienna Philharmonic, conducted by Clemens Krauss. The distinguished conductor was also the dedicatee of the Variations on a Hussar’s Song for orchestra, composed the same year as the orchestration of the Chaconne. It, too, was premièred in 1931 by the Vienna Philharmonic under Clemens Krauss, who then gave a subsequent performance at the Salzburg Festival that summer. The work was first heard in the USA in February 1932, performed by the New York Philharmonic under Bruno Walter.
48 kHz / 24-bit PCM – Capriccio Studio Masters