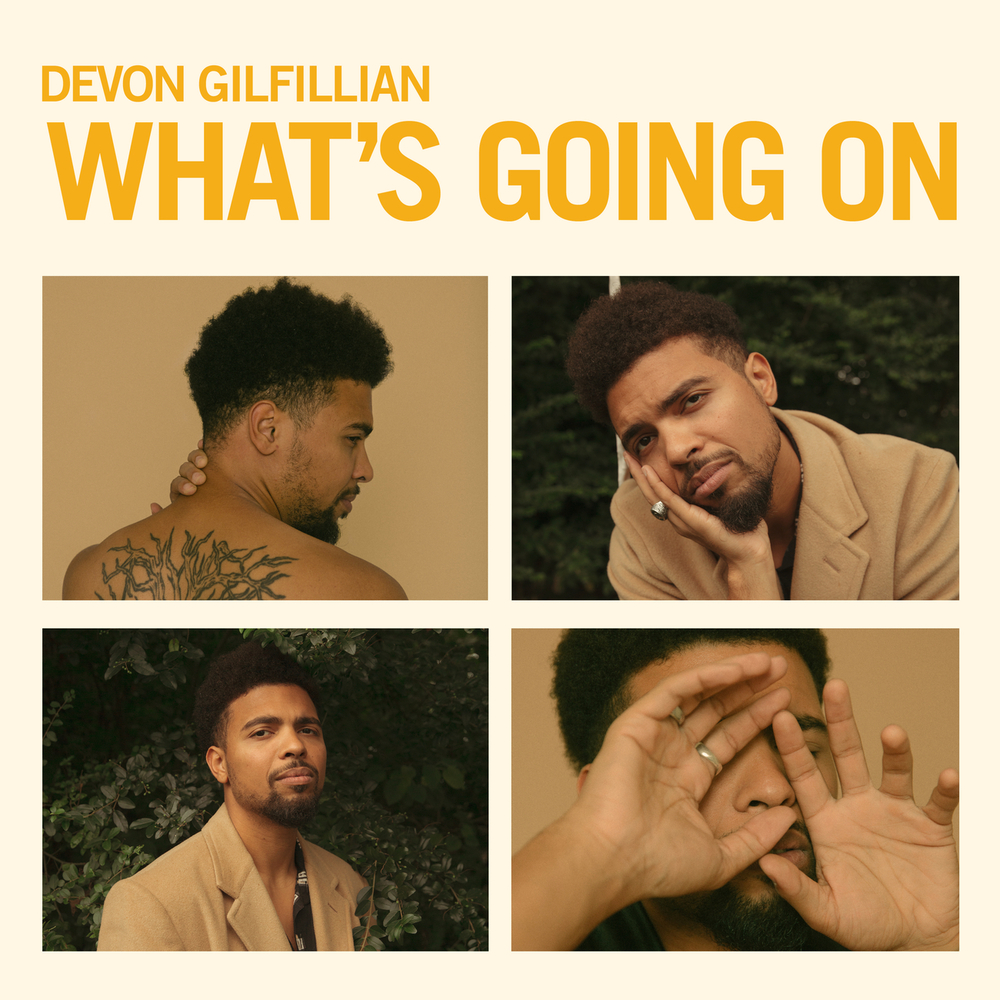 Available in 96 kHz / 24-bit AIFF, FLAC high resolution audio formats
Nashville singer-songwriter Devon Gilfillian coves Marvin Gaye's iconic 1971 album What's Going On, working with a wide array of special guests including Grace Potter, Jason Isbell, Breland, the War and Treaty, and Katie Pruitt. There is deep soul in the music of Devon Gilfillian—but for the talented Nashville-based singer-songwriter and bandleader, that descriptor goes way beyond a mere genre classification. Growing up in Philadelphia on a steady diet of R&B, hip-hop, rock, blues, and soul music, Gilfillian gravitated to records that ignited his mind while making his body move. For him, listening to the towering icons of his musician father’s era—Ray Charles, Stevie Wonder, Otis Redding, The Temptations—was just as formative and exciting as discovering the new sounds of his own generation, and the beats and rhymes made by rising rap stars like Wu-Tang Clan, Kanye West, Notorious B.I.G., and Jay-Z inspired him in new ways. He began to recognize a connective thread in the sounds he loved best: from the golden throwbacks sampled by the hip-hop beat makers to the raw, emotional vocal deliveries of the Motown greats, for Gilfillian the key ingredient seemed to be the “soul”—not simply the genre, but the feeling and vibe. “I decided I wanted to learn the entirety of Marvin Gaye’s album, What’s Going On, and use that music to raise money to fight voter suppression, bring people together, and share the message that Marvin was trying to get across. Marvin simply wanted this country to have a conversation, an informed conversation, on the injustice and pain that people are facing. To simply look at ‘what’s going on.’ Almost 50 years ago, this album came out, and every word still rings with such relevance.” - Devon Gilfillian
96 kHz / 24-bit PCM – Capitol Records Studio Masters