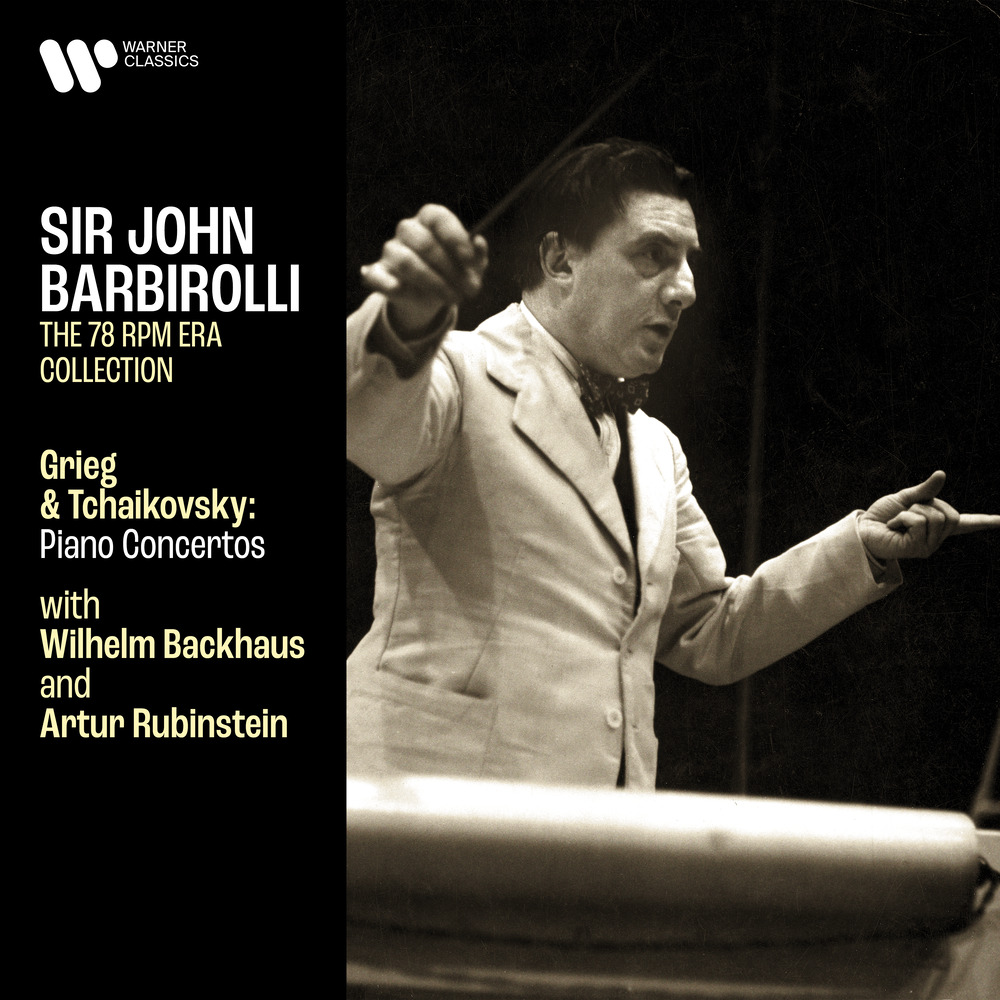 Available in MQA and 192 kHz / 24-bit, 96 kHz / 24-bit AIFF, FLAC high resolution audio formats
Warner Classics release this legacy recording of Sir John Barbirolli performing with soloist Artur Rubinstein and pianist Wilhelm Backhaus as part of their Barbirolli 78 RPM Era Collection. The release features Grieg's Piano Concerto, Op. 16 and Tchaikovsky's Piano Concerto No. 1, Op. 23. The Piano Concerto in A minor, Op. 16, composed by Edvard Grieg in 1868, was the only concerto Grieg completed. It is one of his most popular works and is among the most popular of all piano concerti. The Piano Concerto No. 1 in Bb minor, Op. 23, was composed by Pyotr Ilyich Tchaikovsky between November 1874 and February 1875. It was revised in the summer of 1879 and again in December 1888. The first version received heavy criticism from Nikolai Rubinstein, Tchaikovsky's desired pianist. Rubinstein later repudiated his previous accusations and became a fervent champion of the work. It is one of the most popular of Tchaikovsky's compositions and among the best known of all piano concertos.
192 kHz / 24-bit, 96 kHz / 24-bit PCM – Warner Classics Studio Masters