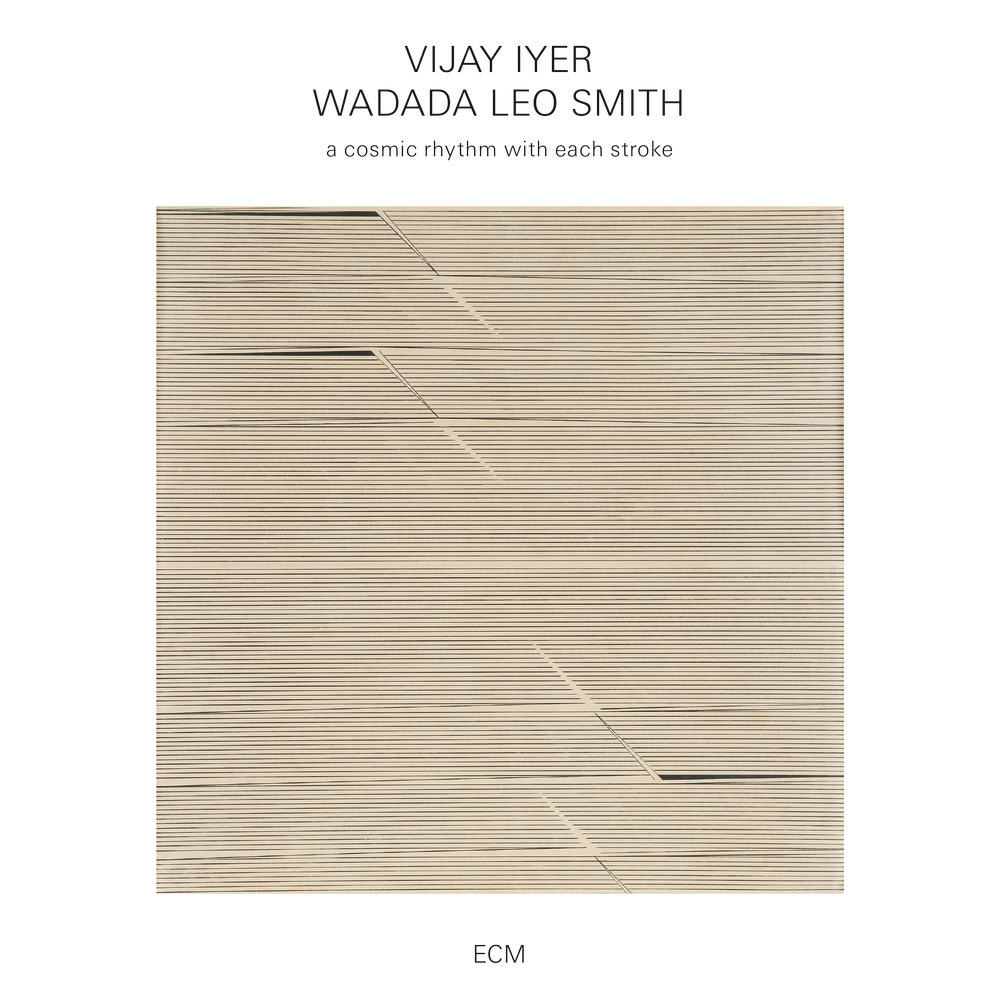 A Cosmic Rhythm With Each Stroke

Available in 96 kHz / 24-bit AIFF, FLAC high resolution audio formats
"Four Stars ... a trumpet/piano duo is a tough call, but the two operate with a charismatic delicacy and subtle force ... Smith’s tone and phrasing often reflect mid-period Miles Davis, but he blends free jazz into those resources with a unique poetic focus ... this intimate conversation swells from interesting to enthralling as it unfolds." - The Guardian "Five Stars ... features some of Smith's most expressive playing with Iyer's augmented chords enriching and expanding the space ... Iyer and Smith weave in and out of dialogues and sometimes unify in a solitary expression but at all times there is an awareness and acuity between the players that overlaps and breaks away on razor-thin margins ... (compositions) are full and rich ... completely mesmerizing and engaging ... both are at their creative peaks ... a must-have album." - All About Jazz A Cosmic Rhythm With Each Stroke features pianist Vijay Iyer and the musician he has described as his “hero, friend and teacher,” trumpeter Wadada Leo Smith. The two had played together extensively but this album is their first collaborative album, recorded in New York City in October 2015. The centrepiece of the programme is the mostly-improvised and spellbinding title suite, dedicated to innovative Indian artist Nasreen Mohamedi, whose improvisatory imagery evokes abstracted rhythms. Iyer's piano and Smith's trumpet interact here with creative sensitivity to tone, texture and space.
96 kHz / 24-bit PCM – ECM Studio Masters