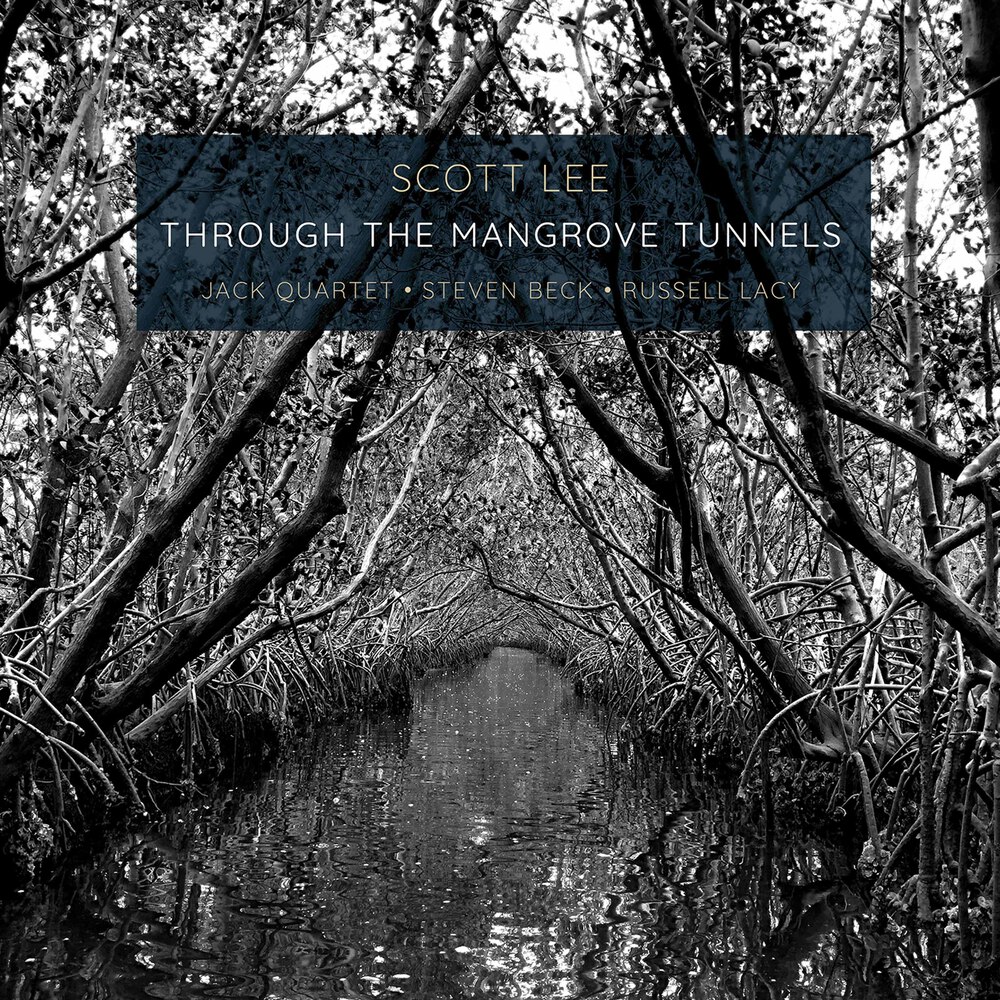 Scott Lee: Through the Mangrove Tunnels

Available in 48 kHz / 24-bit AIFF, FLAC audio formats
Inspired by his experiences growing up exploring the swamps and bayous of Florida, composer Scott Lee’s album-length work, Through the Mangrove Tunnels, features the JACK Quartet with pianist Steven Beck and drummer Russell Lacy performing eight genre-straddling movements. Ranging from ominous and eerie grooves with otherworldly flourishes to ethereal, gliding strings over pulsing drums and looping harmonies, the music evokes both the dense, swampy undergrowth of the mangroves and the expansive seascape that surrounds them. Through the Mangrove Tunnels draws from Lee’s memories as well as the colorful history of Weedon Island, a nature preserve in St. Petersburg, Florida. Weedon Island’s many legends include ceremonial gatherings of Native Americans, landings by Spanish conquistadors, burned-down speakeasies, shootouts, bootlegging, a failed movie studio, plane crashes, and an axe-murder. Despite the island’s long history of encounters with humans, to the newcomer it appears to be a pristine natural landscape. Though they have been almost fully reclaimed by nature, traces of its history remain: the line in the dirt of a long-forgotten airplane runway, an ancient sea-faring canoe buried in the mud. The piece evokes this history in impressionistic fashion alongside Lee’s personal memories of canoeing through the island’s mangrove tunnels. In combining these stories, the continuum of past and present is collapsed, resulting in an exploration of the relationships between memory, history, place, home, and the natural world.
48 kHz / 24-bit PCM – Panoramic Recordings Studio Masters