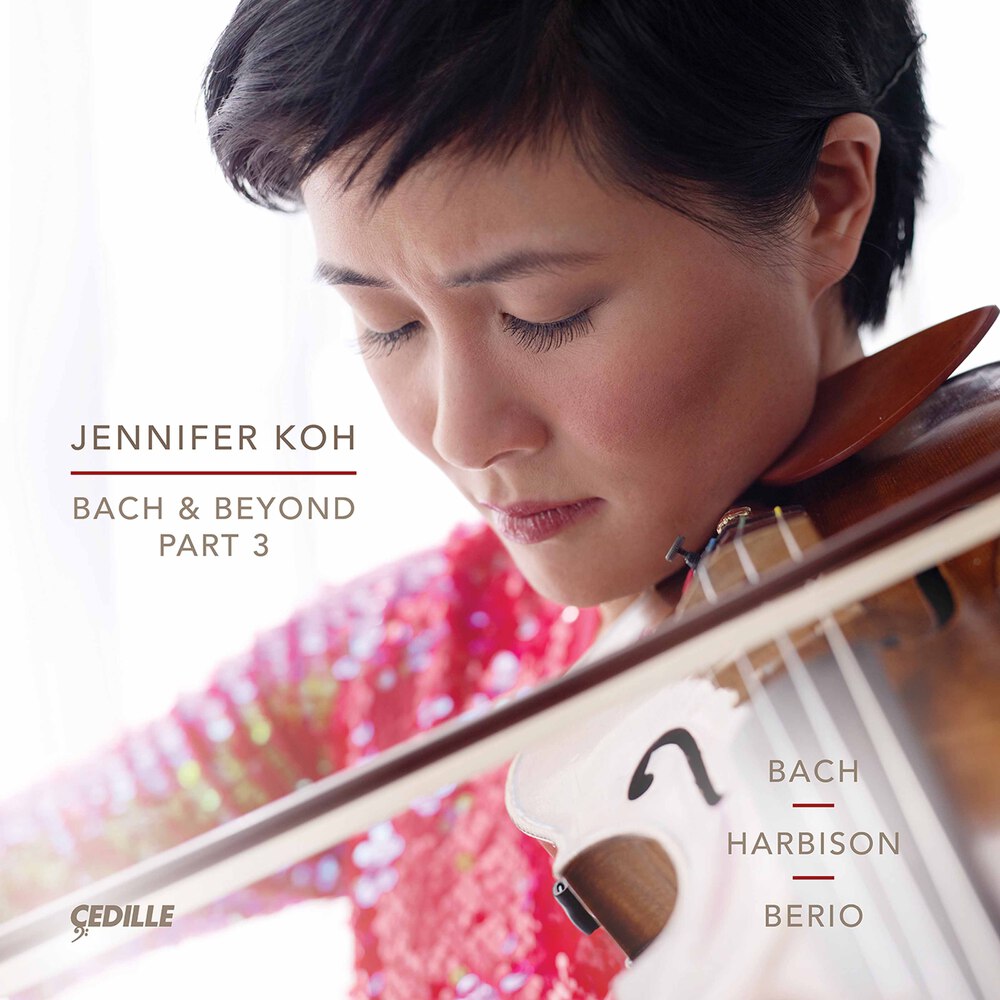 Available in 96 kHz / 24-bit AIFF, FLAC high resolution audio formats
Jennifer Koh’s Bach & Beyond Part 3 concludes her critically acclaimed series of recordings based on her groundbreaking, multi-season recital series of the same name that The New York Times has called “indispensable.” Koh, “a virtuoso with quirky and wonderful ideas” (San Francisco Chronicle), again pairs two of J.S. Bach’s landmark Sonatas and Partitas for solo violin with Bach-inspired 20th- and 21st-century works. On this series-finale album, Bach’s florid and fanciful Sonata No. 2 in A minor and Sonata No. 3 in C major, celebrated for its colossal Fuga movement, frame Luciano Berio’s expressive, chaconne-like Sequenza VIII and Pulitzer Prize winner John Harbison’s alluring For Violin Alone, a dance suite inspired by Bach’s partitas, written for Koh (a world-premiere recording). Toronto’s The WholeNote said of Koh’s previous installment, Bach & Beyond Part 2, “Koh, as always, is superb, her intelligence and interpretation always matching her outstanding technique,” while the Newark Star-Ledger cited “her distinctive voice over a range of styles” in its praise of Bach & Beyond Part 1, which launched the series. Bach & Beyond Part 3 is Koh’s 14th Cedille Records album.
96 kHz / 24-bit PCM – Cedille Studio Masters