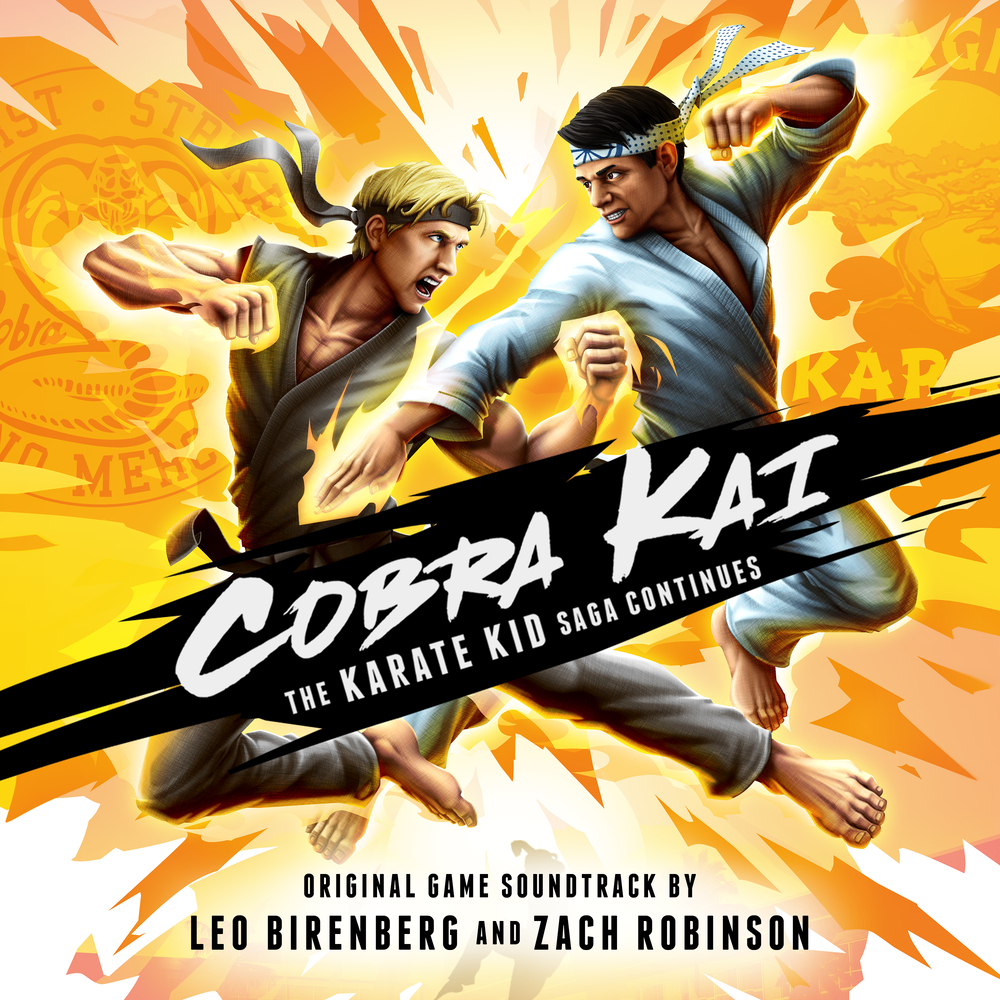 Available in 48 kHz / 24-bit AIFF, FLAC audio formats
Madison Gate Records release the Original Game Soundtrack for Cobra Kai: The Karate Kid Saga Continues, with original music by Leo Birenberg and Zach Robinson. Made in collaboration with the series showrunners of the new series Cobra Kai, the game delivers an original two-fold story from dueling perspectives complete with character-driven cutscenes and a classic 80's inspired score from Birenberg and Robinson. "If you take a listen to 'Strike First,' 'Mall Fight,' or 'Hallway Hellscape' off our series soundtrack albums, you'll immediately hear how the music of Cobra Kai is intrinsically linked to retro video game soundtracks. We grew up playing side-scrolling brawlers like Streets of Rage, Double Dragon, Final Fight, and Power Rangers, and the music of those games is a huge influence to the show's sound." - Zach Robinson "When we were approached to score the Cobra Kai game, we were incredibly excited, both as composers and gamers, to awaken the snake and fully embrace the score's video game-inspired roots. The sound of the game expands on the show's 1980's-influenced, heavy metal and synthwave palette, but draws further on the video game soundtrack ethos created by composers such as Kazunaka Yamane and Nobuo Uematsu. We composed over 25 new tracks each with its own personality and flavor depending on the level they accompany." - Leo Birenberg
48 kHz / 24-bit PCM – Madison Gate Records Studio Masters