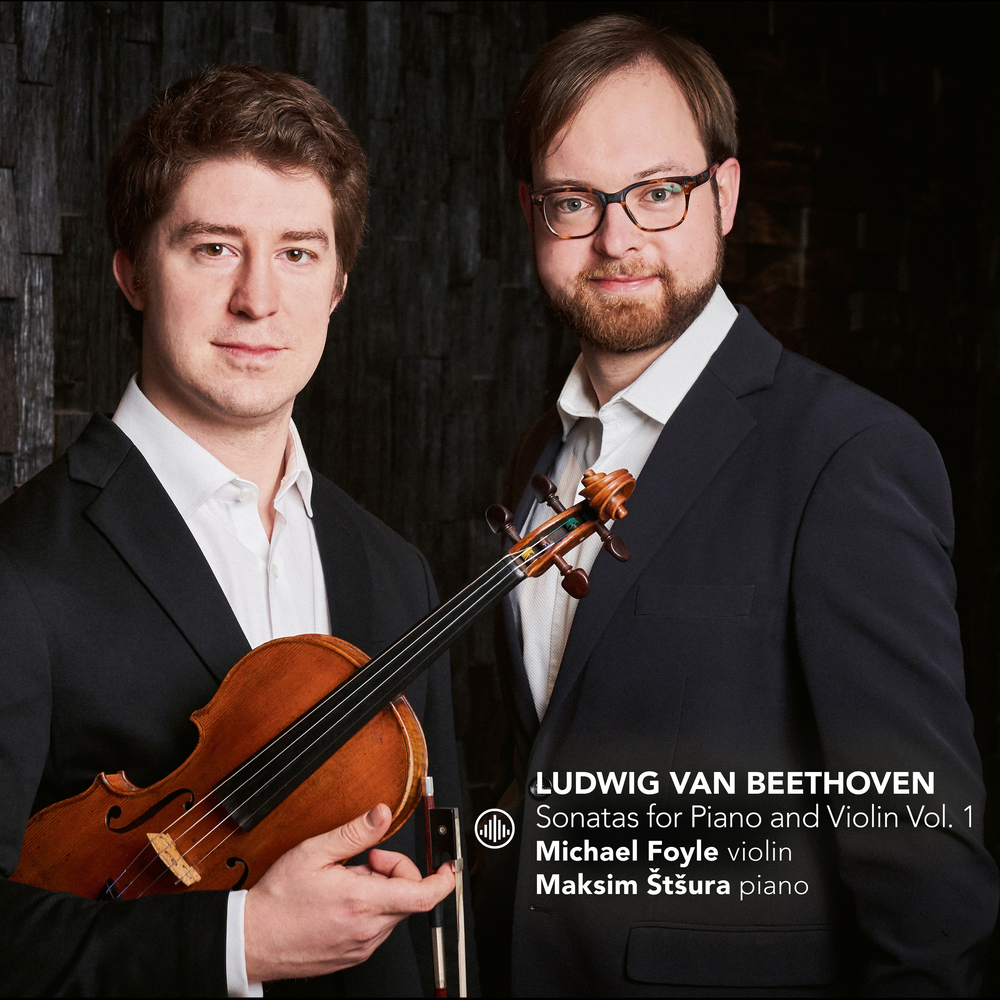 Sonatas for Piano and Violin Vol. 1

Available in 96 kHz / 24-bit AIFF, FLAC high resolution audio formats
Michael Foyle: Exploring these Sonatas in 2020 took on a deeper significance beyond the anniversary celebrations. Recording all ten in Mechelen, Belgium, the home of Beethoven’s paternal ancestors, with much of the world’s population in isolation, his works revealed new layers of emotional intensity and psychological relevance. The Op. 12 Sonatas belong to the last decade of the eighteenth century, a period when Beethoven was conquering Vienna as the foremost keyboard virtuoso of the day but simultaneously seeking to have his compositions published for the first time. In essence, classical duo sonatas for piano and strings had grown from the eighteenth-century ‘accompanied’ sonatas, in which the string instrument provided a supportive role to the keyboard’s dominating textures. Here we witness a gradual incorporation of a ‘dramatic dialogue’ (to borrow Simon P. Keefe’s term) between instruments which had previously been more important in concerto writing. Beethoven’s Sonata No. 5 in F major Op. 24 is described by musicologist Angus Watson as ‘an exquisite testament to Beethoven’s profoundly religious feeling for the natural world.’
96 kHz / 24-bit PCM – Challenge Classics Studio Masters