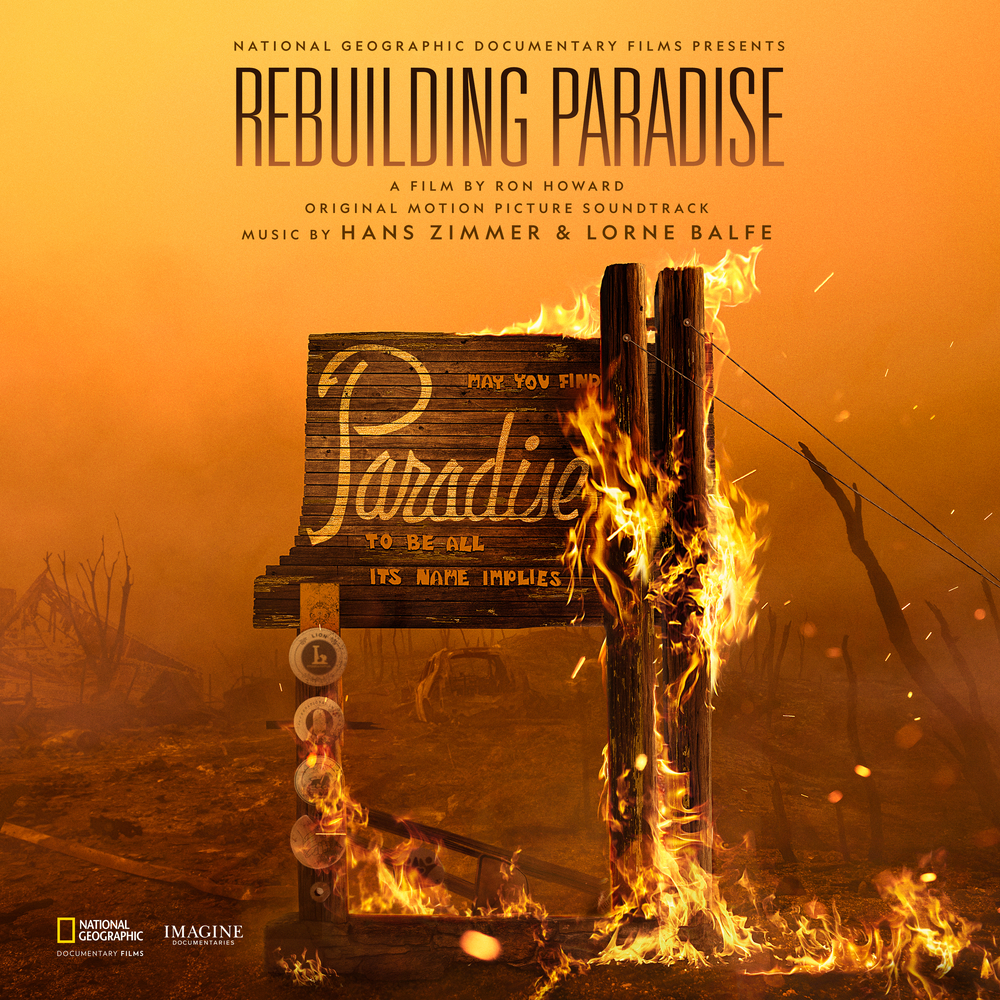 Available in 44.1 kHz / 24-bit AIFF, FLAC audio formats
Legendary film composer Hans Zimmer and Lorne Balfe (Mission: Impossible – Fallout, The LEGO Batman Movie) present the original music for the Nat Geo documentary Rebuilding Paradise. The film is directed by the great Ron Howard and tells the story of the Paradise community as they begin to rebuild their lives following the most destructive wildfire in California history. Zimmer has previously collaborated with Howard on the features Backdraft, Frost/Nixon, The DaVinci Code, Angels & Demons, Inferno, Rush, as well as The Dilemma (co-scored with Balfe).
44.1 kHz / 24-bit PCM – Lakeshore Records Studio Masters