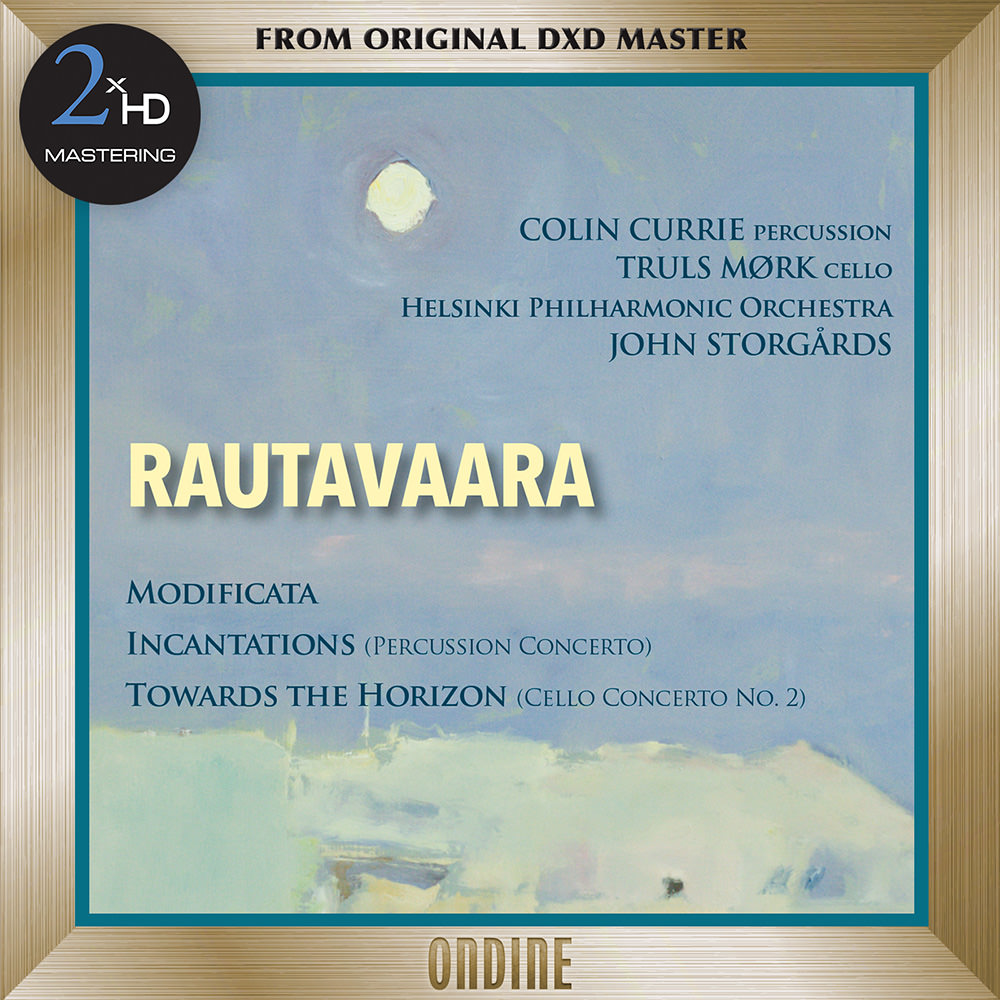 Rautavaara: Modificata - Incantations - Towards the Horizon

Available in 192 kHz / 24-bit, 96 kHz / 24-bit AIFF, FLAC and 5.6448 MHz, 2.8224 MHz DSD high resolution audio formats
"Four Stars ... Best of the Year ... the sound is lush and very picturesque ... Colin Currie demonstrates again why he is one of the world’s great percussionists with a true sensitivity to modern music. The Helsinki Philharmonic Orchestra under conductor John Storgårds performs wonderfully." - Audiophile Audition "... a superb release with outstanding performances ... superb recorded sound ... these lushly scored and often beautiful works should appeal to anyone looking for attractive and accessible contemporary music ... this very fine release fills important gaps in this composer’s generous discography." - MusicWeb International "Recording of the Month ... (a) scintillating performance in a barnstorming account caught splendidly ... superlative sound ... Storgårds and the Helsinki Philharmonic Orchestra give exemplary support in the big-boned textures of both concertos but also shine on their own ... an immensely noteworthy issue ..." - Gramophone This Grammy-nominated recording of world premieres comes with a long list of critical accolades and awards from around the world. The programme by the Helsinki Philarmonic Orchestra under John Storgårds couples Finnish composer Einojuhani Rautavaara’s most recent concerto works with an orchestral piece from his early Modernist period, Modificata. Rautavaara’s cello concerto Towards the Horizon was written for cellist Truls Mørk and is performed continuously in one 20-minute movement.
192 kHz / 24-bit, 96 kHz / 24-bit PCM and 5.6448 MHz, 2.8224 MHz DSD – 2xHD - Ondine Studio Masters

In order to achieve the most accurate reproduction of the original recording we tailor our process specifically for each project, using a selection from our pool of state-of-the-art audiophile components and connectors. The process begins with a transfer to analog from the original DXD master, using cutting edge D/A converters. The analog signal is then sent through a hi-end tube pre-amplifier before being recorded directly in DXD using the dCS905 A/D and the dCS Vivaldi Clock. All connections used in the process are made of OCC silver cable. DSD and PCM versions are separately generated, directly from the analog signal. 2xHD Mastering: René Laflamme 2xHD Executive Producer: André Perry