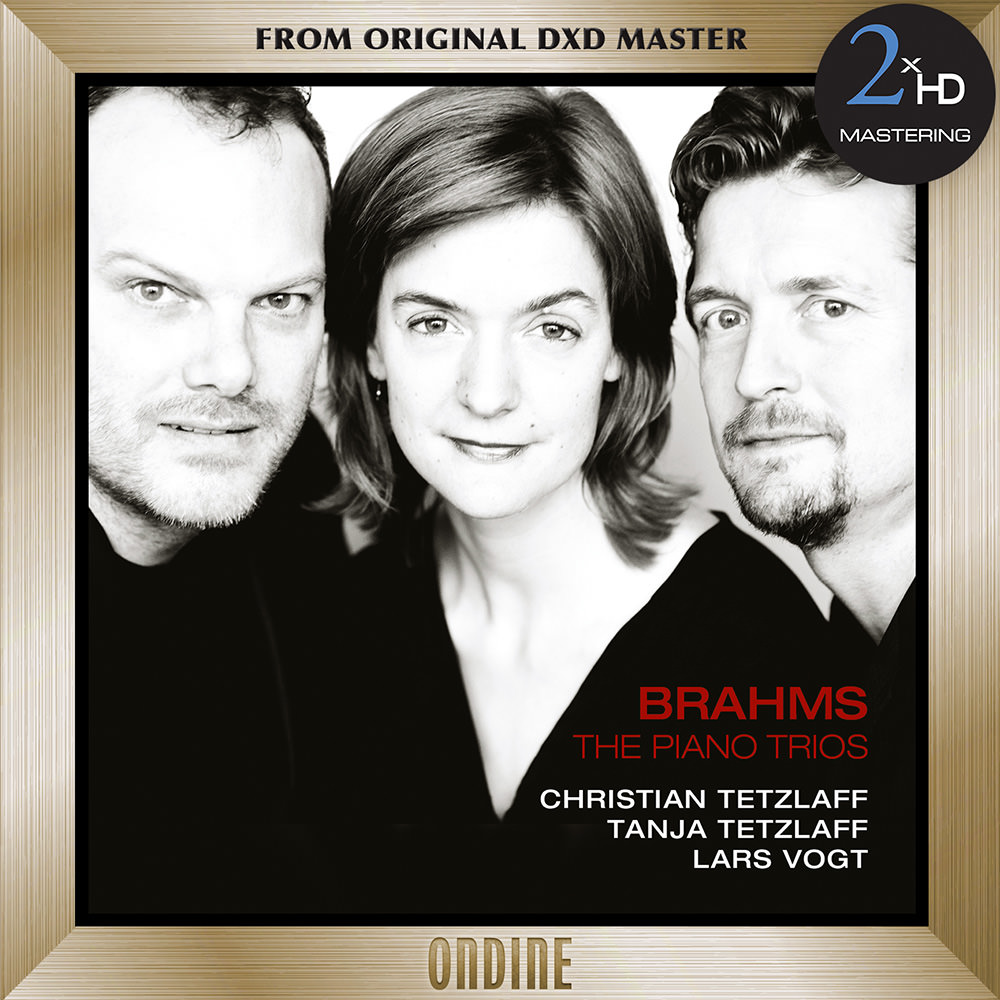 "... marvellous musicianship ... truly admirable performances ... much in evidence is that telepathy that passes between musicians comfortable in each other’s company ... a wonderfully cathartic experience."
- Gramophone

"(These three musicians) bring polish and passion to three classic works. The start of the Adagio of Trio No. 1 is especially memorable, its hushed, fragile strings alternating with a piano line played by Mr. Vogt with both softness and grandeur."
- The New York Times

Award-winning violinist Christian Tetzlaff is joined by his sister, cellist Tanja Tetzlaff and pianist Lars Vogt on this exciting Grammy-nominated recording of the complete piano trios by Brahms, a body of works at the very core of the romantic chamber music repertoire. Tetzlaff, considered one of the world's leading international violinists, was named Instrumentalist of the Year in 2005 by Musical America and was the 2015 ICMA Artist of the Year. Vogt was appointed the first ever Pianist in Residence by the Berlin Philharmonic in 2003 and is highly sought-after as a soloist and chamber musician.
192 kHz / 24-bit, 96 kHz / 24-bit PCM and 5.6448 MHz, 2.8224 MHz DSD – 2xHD - Ondine Studio Masters

In order to achieve the most accurate reproduction of the original recording we tailor our process specifically for each project, using a selection from our pool of state-of-the-art audiophile components and connectors. The process begins with a transfer to analog from the original DXD master, using cutting edge D/A converters. The analog signal is then sent through a hi-end tube pre-amplifier before being recorded directly in DXD using the dCS905 A/D and the dCS Vivaldi Clock. All connections used in the process are made of OCC silver cable.

DSD and PCM versions are separately generated, directly from the analog signal.