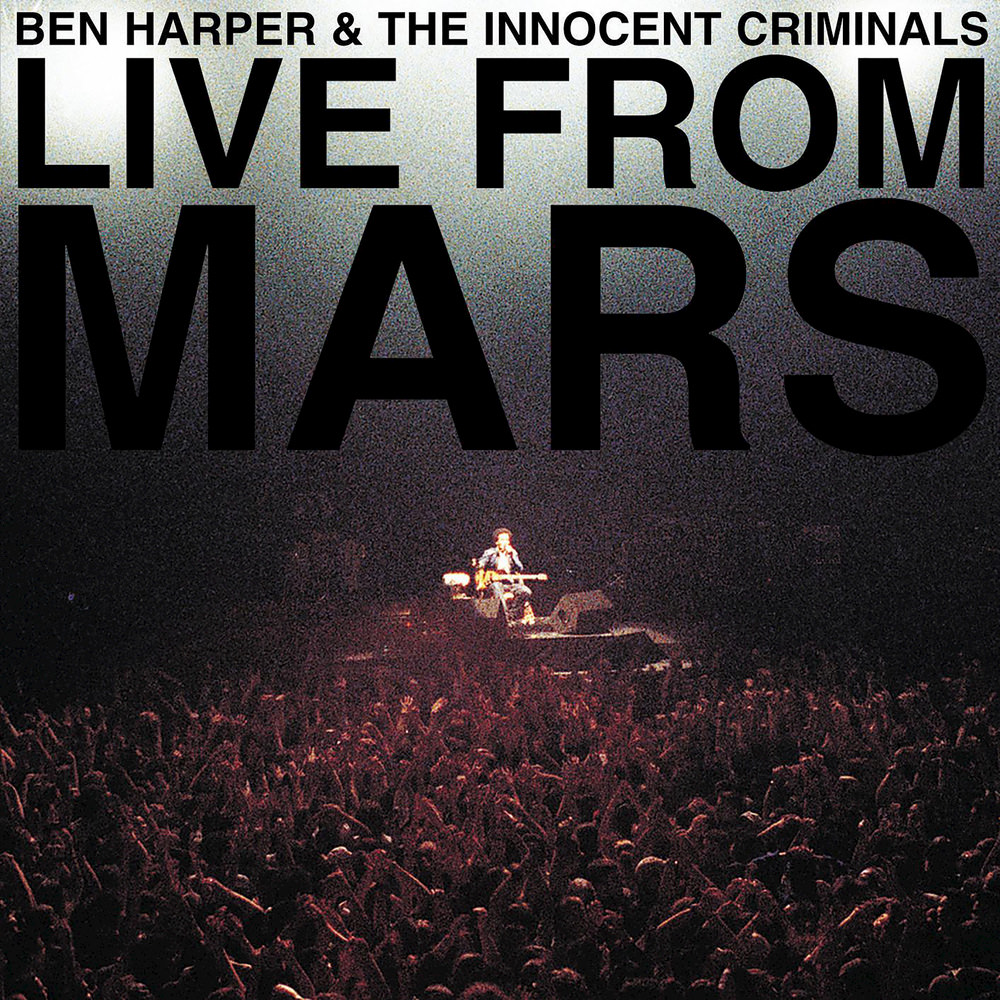 "... ideal for the hardcore fans as well as the uninitiated who may want to investigate what all the fuss is about ... B+."

- Entertainment Weekly"... because Harper's range is so broad and his technical ability beyond that of so many of his peers, he and his Innocent Criminals can even cover Marvin Gaye's Sexual Healing, The Verve's The Drugs Don't Work and Led Zep's Whole Lotta Love without sounding like a bar band with an identity problem. This chameleon sounds most like himself when playing straight from the heart ..."
- Rolling Stone

Recorded on his 2000 tour, this double live album from Ben Harper is split into two: a solo acoustic disc and an electric disc with his band the Innocent Criminals, reflecting a sampling of what audiences heard each night in concert. In addition to Harper's originals songs, including the hit single Steal My Kisses, the album contains cover versions of Marvin Gaye's Sexual Healing, The Drugs Don't Work by the The Verve and Led Zeppelin's Whole Lotta Love.

"After every show, two times, minimum, if not four, I hear, 'you guys should put out a live record.' I hear that often enough to know that I want do this so that it can be done. It's been brought up so many times that it's an obvious. This band, I think, is known as a live band. And it seems to me that it is. And I think, why not put out a representation of that? Why not make that move? You know, again, because that is much of what this band is known for; it's just time to do it."
- Ben Harper
44.1 kHz / 24-bit PCM – Virgin Studio Masters