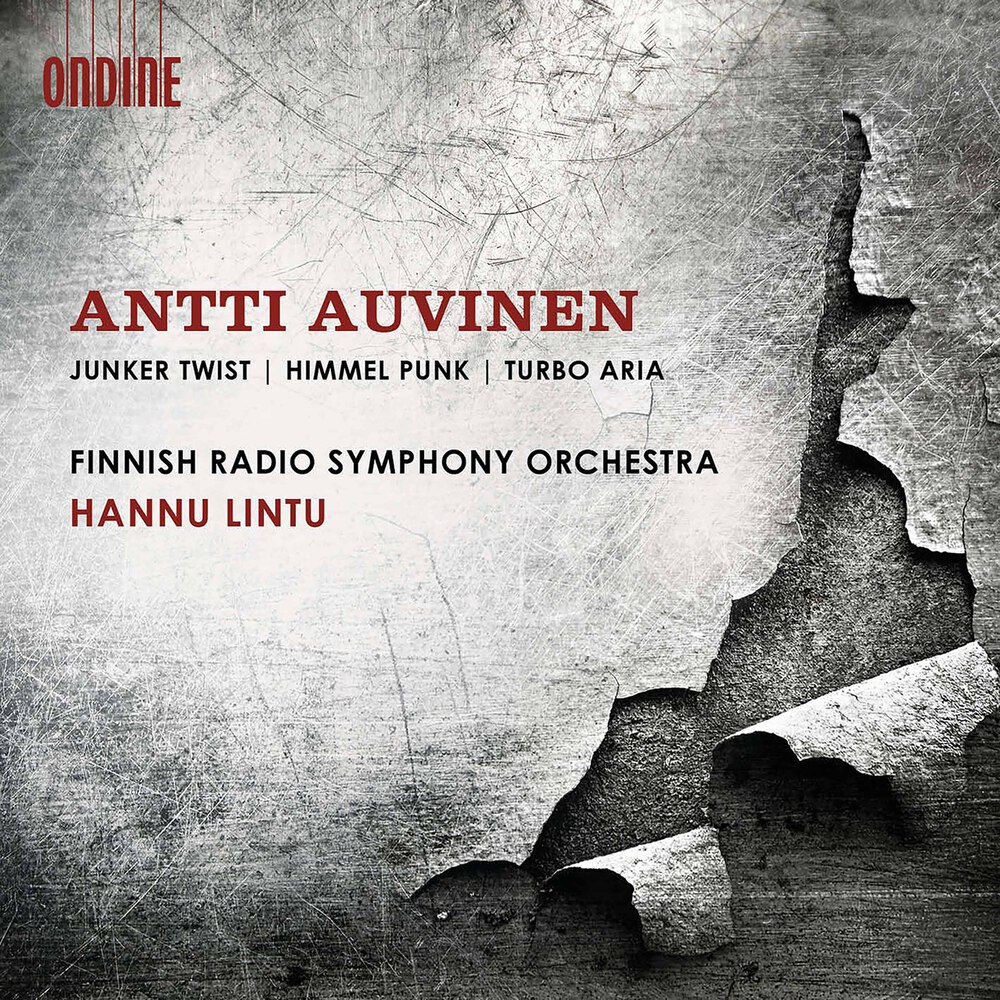 Available in 48 kHz / 24-bit AIFF, FLAC audio formats
This new album release by the Finnish Radio Symphony Orchestra under Hannu Lintu presents a new contemporary voice within Finland’s contemporary music scene: Antti Auvinen. This album includes three recent orchestral works by the composer marked by highly pressurised and explosive rhythms and sounds. The premieres of Antti Auvinen’s (b. 1974) Junker Twist (2015) and Himmel Punk (2016) in the mid-2010s electrified the scene of Finland’s contemporary music: music critics felt that a new major voice in the country’s music scene had been born. Auvinen’s works are often thematically connected to events in the surrounding society. Junker Twist (2015) deals with the topic of rising neo-Nazist ideologies, while Himmel Punk (2016) takes a stand against religious discrimination. The most extensive work of this album, Turbo Aria (2017/2018), is partially based on arias sung by Finnish sopranos a century ago. These ‘arias’ sung by Alma Fohström, Aino Ackté and Järnefelt and the sounds of the accompanying instruments are augmented by the crackles, pops, hisses and other mechanical noises made by the original discs. Yet the work also has a second underlying theme: the refugee crisis. Is this programme music? Perhaps – but it does not matter, because the music is equally impressive with the narrative or without it. In 2016, Auvinen was awarded with the Teosto award, one of the biggest music awards in the Nordic countries.
48 kHz / 24-bit PCM – Ondine Studio Masters