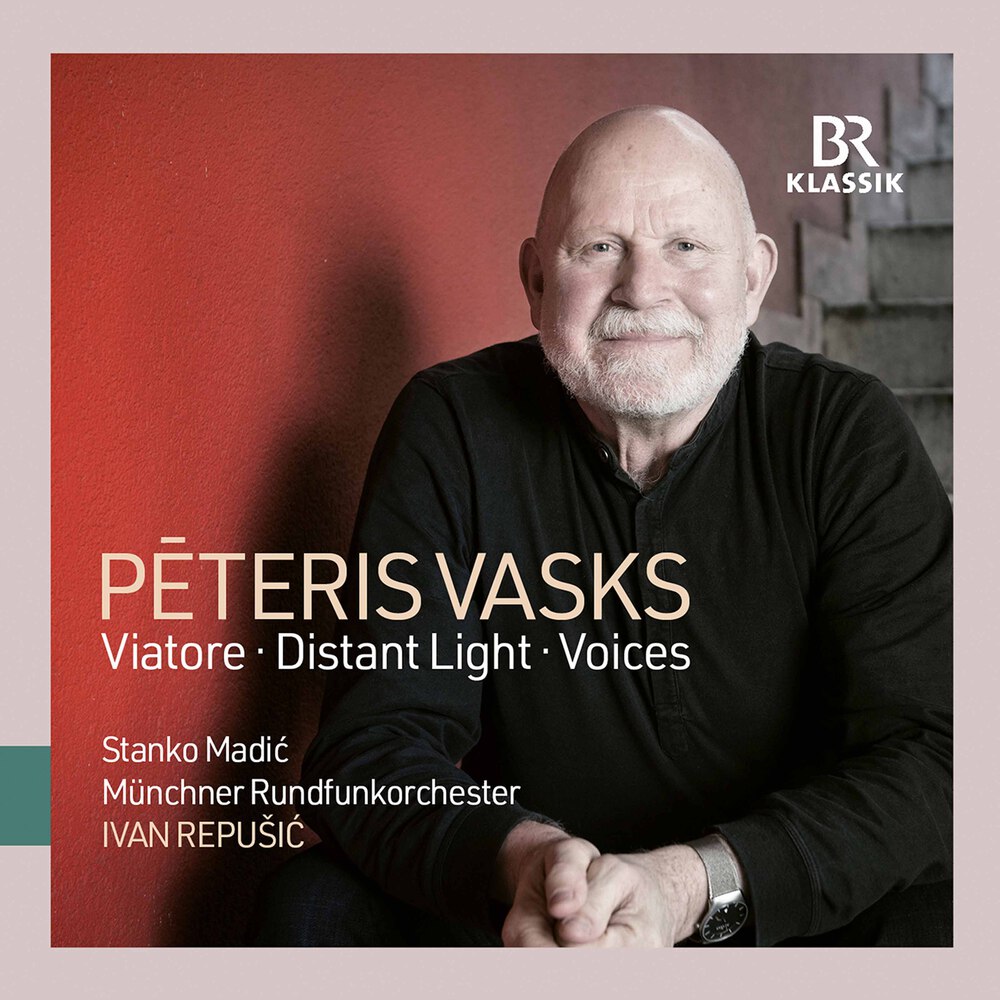 Available in 48 kHz / 24-bit AIFF, FLAC audio formats
The works on this CD are for chamber-music string ensembles: his first symphony “Balsis – Voices” (1991), the haunting violin concerto “Tālā gaisma – Distant Light” (1996/97), and the piece “Viatore” (the traveller; 2001), dedicated to Arvo Pärt, here in a version for eleven solo strings by the conductor, church musician and arranger Stefan Vanselow. The Münchner Rundfunkorchester plays under its chief conductor Ivan Repušić, and the concerto soloist is Stanko Madić, first concertmaster of the MRO. The beauty that the Latvian composer Pēteris Vasks evokes in his works would not be possible without the experience of violence and cruelty in this world. He grew up in a country deprived of liberty, and because of his faith and his artistic convictions he was exposed to reprisals from Russian cultural doctrine. His father, a Baptist pastor, was regarded as an “enemy of the people”, and his homeland was under Soviet control. As a result, Vasks developed a vision of freedom and subtle protest in his music. In the so-called “singing revolution”, the countries of the Baltic region with their traditional love of choral music initiated their independence from Soviet rule. Vasks’ expressive, direct and often deliberately simple music quickly became the mouthpiece of the long-suppressed Latvian people, giving the nation a proud voice that can be heard worldwide. Today, alongside Arvo Pärt and Erkki Sven-Tüür, Pēteris Vasks is one of the most famous composers from the Baltic states of the former Soviet Union.
48 kHz / 24-bit PCM – BR-Klassik Studio Masters