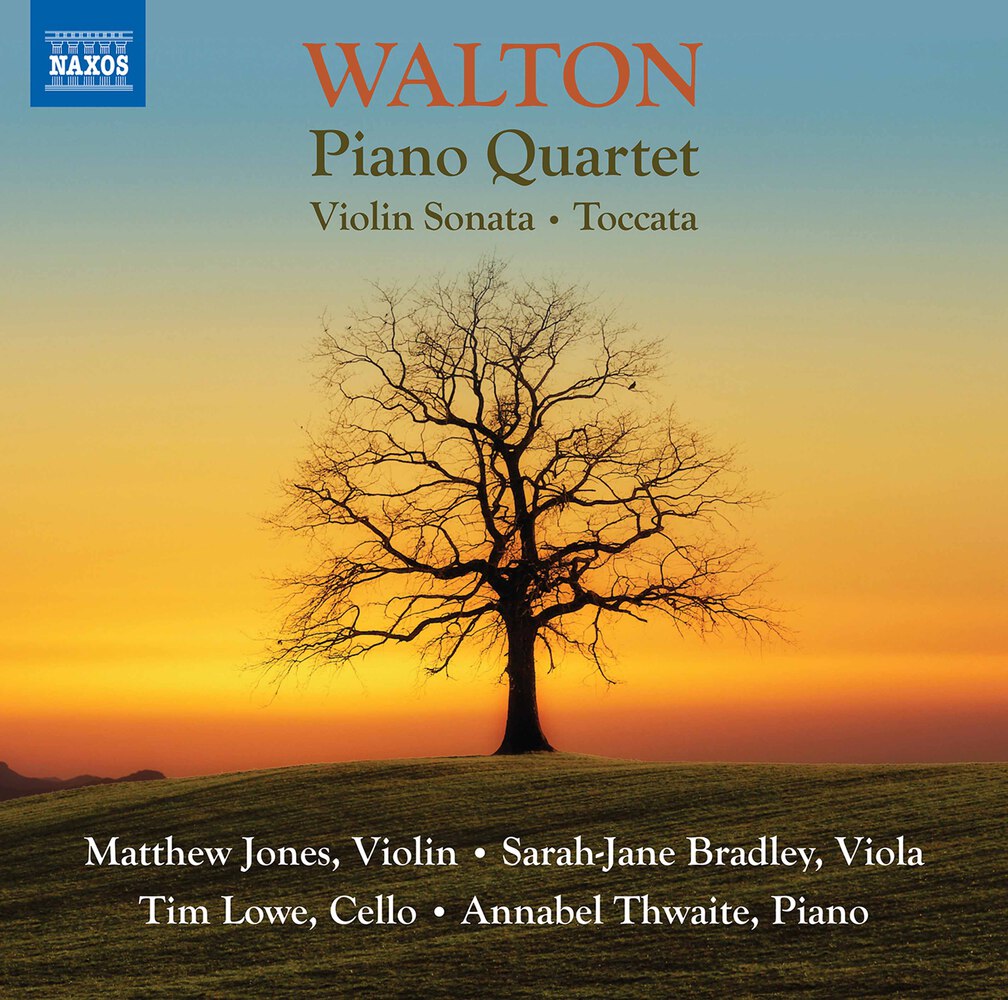 Available in 96 kHz / 24-bit AIFF, FLAC high resolution audio formats
These four works represent all of Sir William Walton’s chamber music involving both violin and piano, as well as being a microcosm of his compositional output between 1918 and 1950. They offer a fascinating glimpse of Walton’s stylistic journey, from the youthful exuberance of the early Piano Quartet and the Toccata to the unconventional but masterful Violin Sonata, and the Two Pieces with their connection to his music for films. Matthew Jones and Annabel Thwaite’s recording of works by Benjamin Britten was summed up as ‘superb’ by BBC Music Magazine. Many of the works in this programme are not unfamiliar on recordings, but this is the first single-disc release to include all of the composer’s chamber works involving both violin and piano. The presence of the often overlooked Toccata is unusual, and shows a dimension of Walton’s music that is rarely given mention. The album is the result of a Guildhall School research project entitled ‘Walton: his voice through the violin’, inspired by violinist Matthew Jones’s lifelong love of Walton’s music.
96 kHz / 24-bit PCM – Naxos Studio Masters