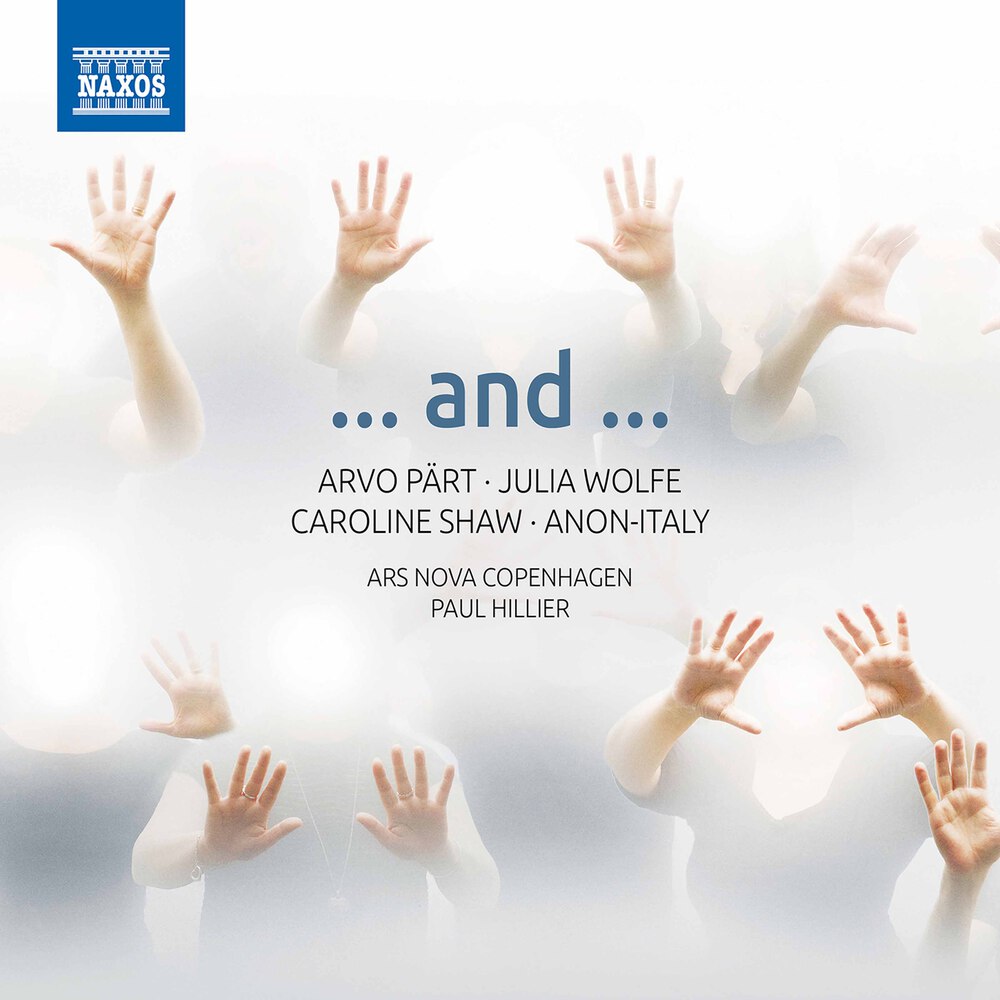 Available in 96 kHz / 24-bit AIFF, FLAC high resolution audio formats
Paul Hiller leads the Ars Nova Copenhagen on ...and..., a collection of meditative vocal works from Caroline Shaw, Julia Wolfe, and Arvo Pärt, placed alongside Paul Hiller's own arrangements of The Laudario di Cortona – a musical codex from the second half of the 13th Century containing a collection of laude. Ars Nova Copenhagen was founded in 1979 and is widely recognised as one of the world’s finest vocal ensembles. The ensemble’s chief conductor and artistic director since 2003 is the acclaimed British conductor Paul Hillier. The ensemble specializes in the interpretation of the polyphonic choral music of the renaissance and new vocal music. Ars Nova is also building collaborations with creative artists in different fields such as drama, film, and ballet, as well as cultivating new modes of concert performance and innovative repertoire. The group’s performances are marked with precision and nerve and with a sound that attracts attention worldwide.
96 kHz / 24-bit PCM – Naxos Studio Masters