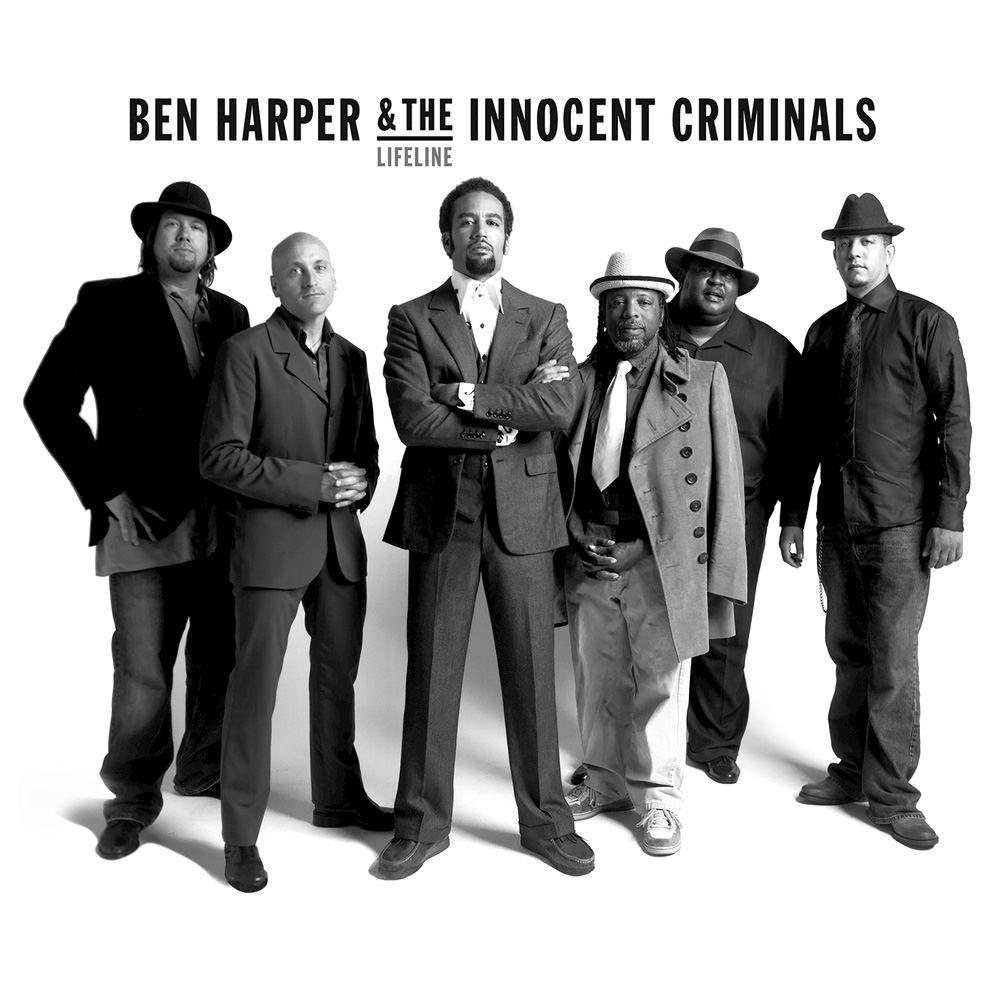 "... thankfully favours songs over jamming, but there’s a casual profundity to tunes like Fight Outta You and Say You Will that a more complicated process might’ve squelched. Just add applause. B+."
- Entertainment Weekly

"The performances sound confident and natural, not forced, lazy or merely naked ... the simple attractions in the modest arrangements ... hold up, even bloom, with repeated listening ... Harper was born to make records like Lifeline."
- Rolling Stone

Recorded direct to analogue tape in one week at the end of a long world tour, Ben Harper & The Innocent Criminals's top 10 release Lifeline was an effort to recreate the energy of their acclaimed live show. Many of these songs were written on the road and worked out in sound checks before being committed to tape in a Paris studio. The instrumental track Paris Sunrise #7 garnered a Grammy nomination for Best Pop Instrumental Performance.

"I had always wanted to make a record in Paris ... because it's Paris. And I had always wanted to make a record directly coming off of a tour. It just makes sense. You've got all your best equipment and your musical abilities are never as sharp or as heightened as when you've been consistently on the road ... Lifeline was recorded and mixed in seven days on a 16 track analogue tape machine. There were no computers or Pro Tools used anywhere in the process."
- Ben Harper
192 kHz / 24-bit, 96 kHz / 24-bit PCM – Virgin Records Studio Masters