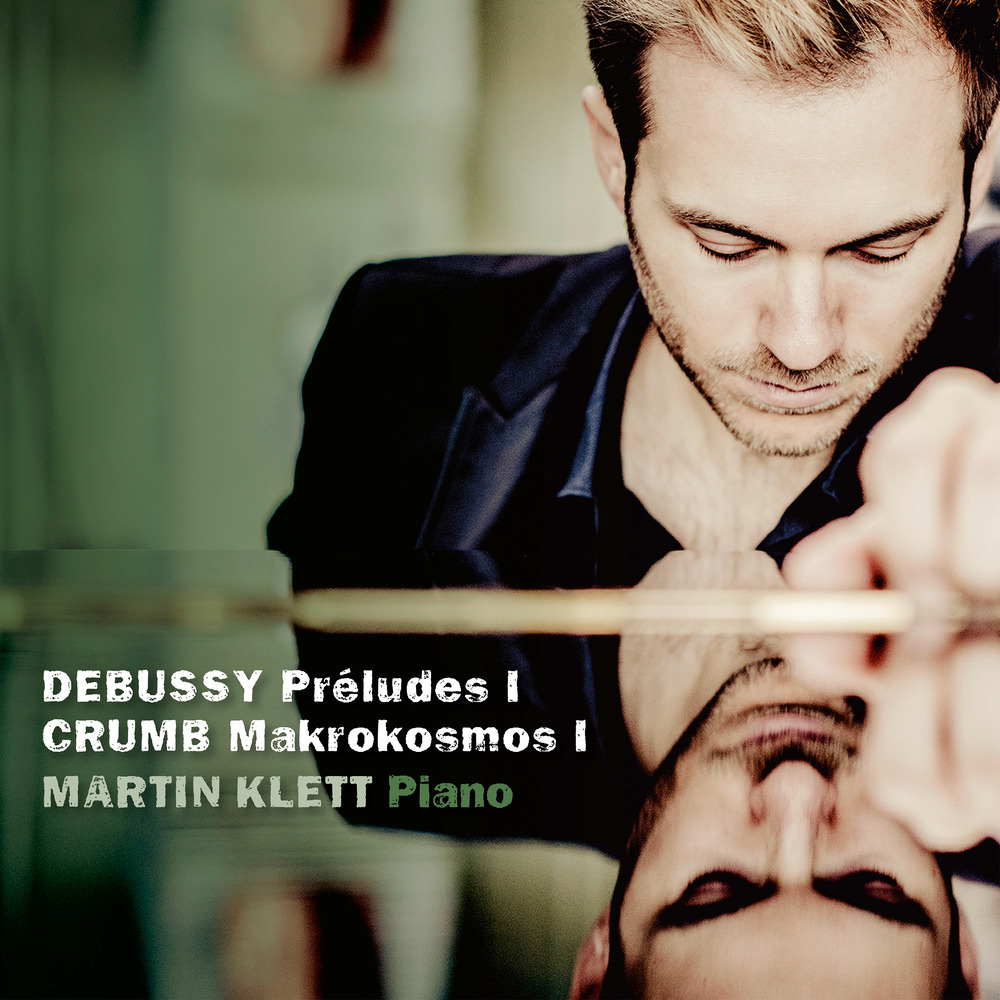 Debussy: Préludes I - Crumb: Makrokosmos I

Available in 48 kHz / 24-bit AIFF, FLAC audio formats
Claude Debussy is often labelled as a musical Impressionist. It is misleading to do so, however, since Debussy was not truly associated with the visual artists who belonged to that current. Instead, he viewed himself as an adept of Symbolism, as one can tell from his choice of texts for musical settings and from his opera Pelléas et Mélisande; he eventually turned against the association of music with imagery. In his two volumes of Préludes, the subjects or poetic descriptions were not featured as titles, but appeared in brackets at the end of each piece – more like subtitles than titles. Thus, the Préludes hark back to previous milestones in the genre: in the preludes of Bach and Chopin, the center of attention had not been musical illustration, but the keyboard per se... The aspect of magic in sound is not only prominent in Debussy's cycle of préludes, but also in another cycle: Makrokosmos, which American composer George Crumb started to write in 1972. Makrokosmos eventually grew to four volumes and acquired legendary status. The first two volumes are for solo piano; Vols. 3 and 4 are for two pianos and percussion, viz. for piano four hands, respectively. Contemporary modes of execution are prominent in all four volumes, including tapping and knocking on the piano frame, or scraping the strings. Transformation of timbre is an essential element for Crumb, who had alchemy in mind. Aspects of the occult are prominent in the first volume, which is devoted to the signs of the zodiac – not in terms of astronomy, but of astrology, i.e. the influence of zodiac signs on a person's development and character. Crumb's Makrokosmos is thus likewise a collection of character pieces such as the more Romantic ones Schumann wrote for piano in the 19th century. Like Schumann, Crumb dedicated his pieces to concrete people: he encrypted their identity in abbreviations, and the puzzles are easy to solve. The fifth piece, "The Phantom Gondolier", is in the sign of Scorpio, which exerts its influence on the lives of those born from 24 October on – exactly the day George Crumb was born in 1929. This piece is thus a stunning self-portrait. We hear howling and moaning through the vastness of space; everything else remains a mystery.
48 kHz / 24-bit PCM – CAvi-music Studio Masters