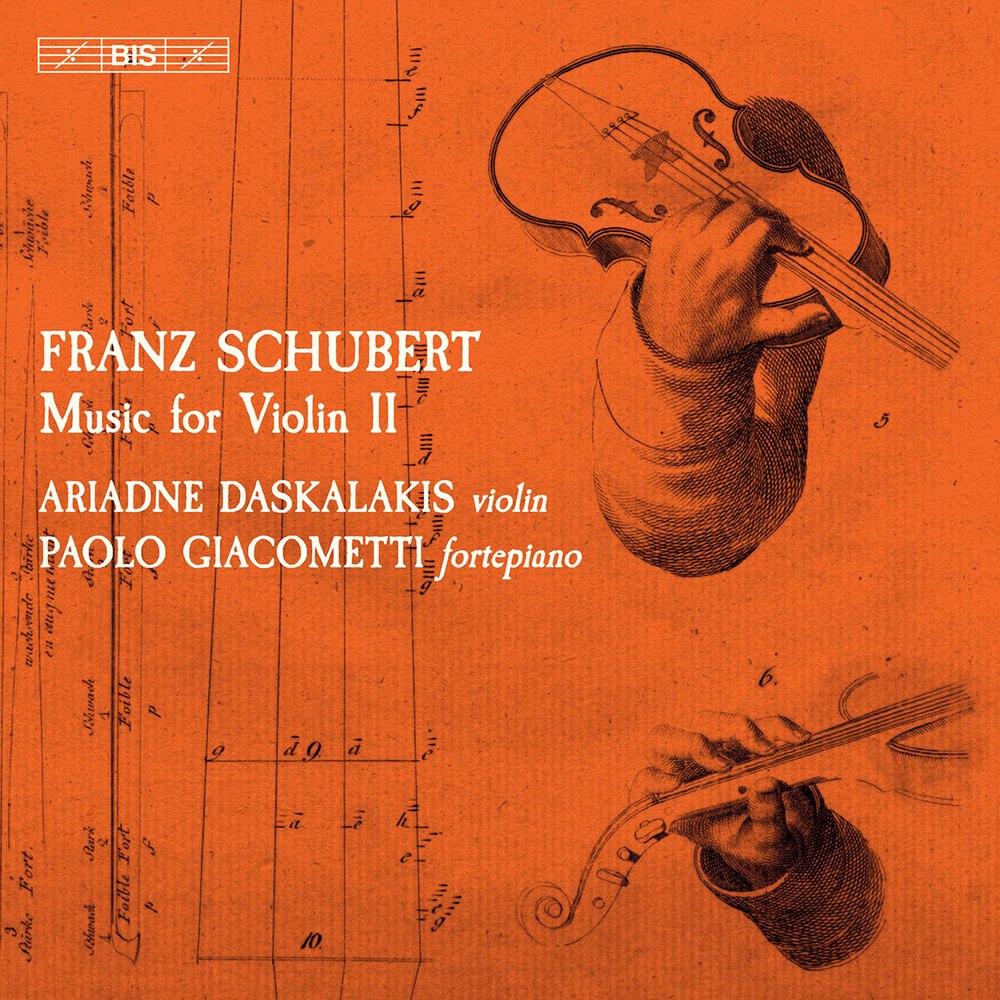 Available in 96 kHz / 24-bit AIFF, FLAC high resolution audio formats
The extant music for violin by Franz Schubert fits comfortably on two discs, and Ariadne Daskalakis released the first disc of her survey in 2019, to critical acclaim. The disc included works for violin and piano as well as three pieces with orchestral accompaniment, in performances described in The Strad as having ‘a litheness and shimmering delight that capture the music’s innate charm and dance-like vivacity with a beguiling sureness of touch.’ The second instalment focuses on the chamber music with piano, and once again Daskalakis is joined by Paolo Giacometti, playing a fortepiano by Salvatore Lagrassa. The instrument, of the Viennese school, was built ca 1815 and is thus almost exactly contemporary with the sonatas recorded here, the ones in D major and A minor dating from 1816 and the Sonata in A major from the following year. Schubert, who was around 20 years old at the time, had learned the violin from an early age, but the sonatas were probably intended for his older brother Ferdinand, who led the family string quartet in which Franz played the viola. The disc opens with a later work, however – the so-called Rondeau brilliant, from 1826. As the nickname indicates, the B minor Rondo is virtuosic, composed for Josef Slavík who before his early death was hailed as Paganini’s successor by the Viennese critics. In her liner notes, Ariadne Daskalakis describes the piece as ‘in turn dramatic, playful, gentle, seductive and wild’ and together with Paolo Giacometti she brings out each of these aspects.
96 kHz / 24-bit PCM – BIS Records Studio Masters