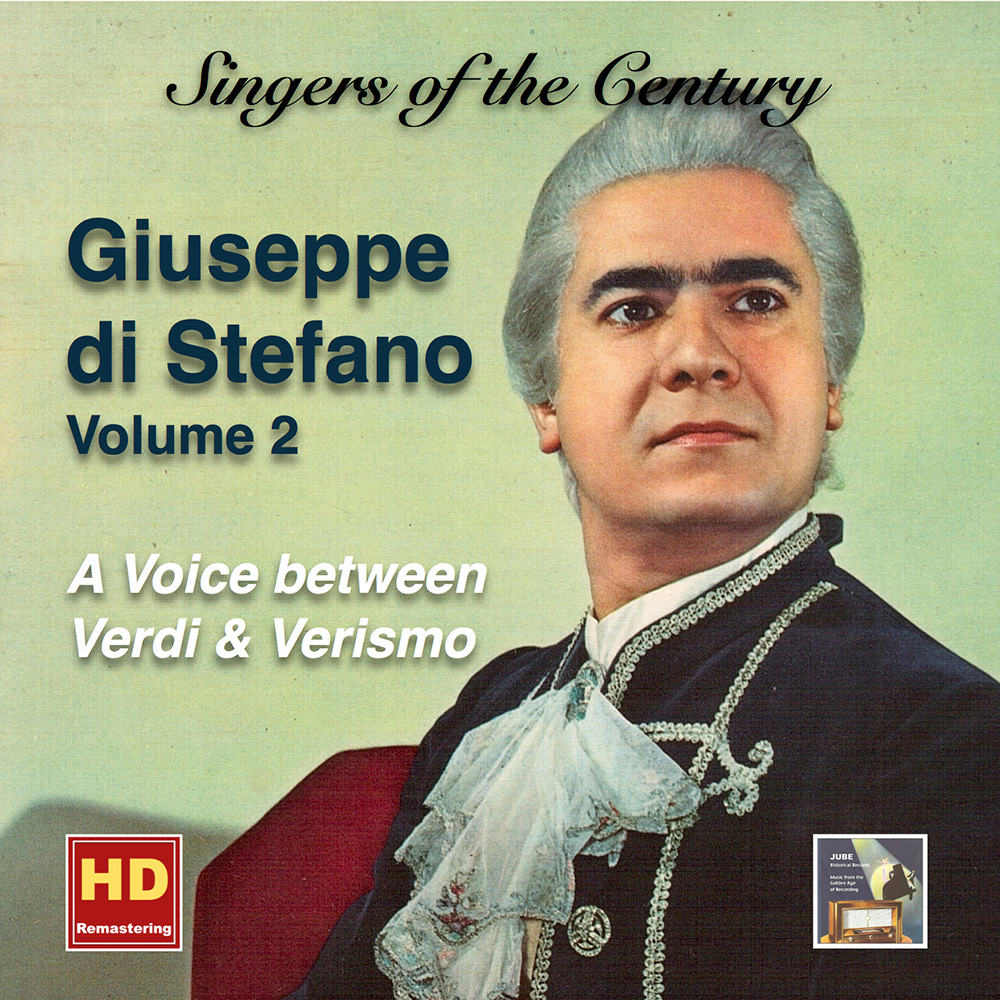 Regrettably, this album is not available
for sale at this time.
Italian tenor Giuseppe Di Stefano is remembered on this remastered reissue containing some of his greatest operatic roles, recorded in the 1950s with a cast of celebrated orchestras and singers including his longtime partner, soprano Maria Callas. Composers represented on this volume include Verdi, Puccini, Donizetti and Massenet. Despite Di Stefano's short lived career in opera, Luciano Pavarotti said he was greatly influenced by the tenor, as was José Carreras.

"I was never jealous of anybody. I don’t have to go around insisting that I had one of the great voices. Fortunately, I made enough recordings to let people judge for themselves."
- Giuseppe Di Stefano