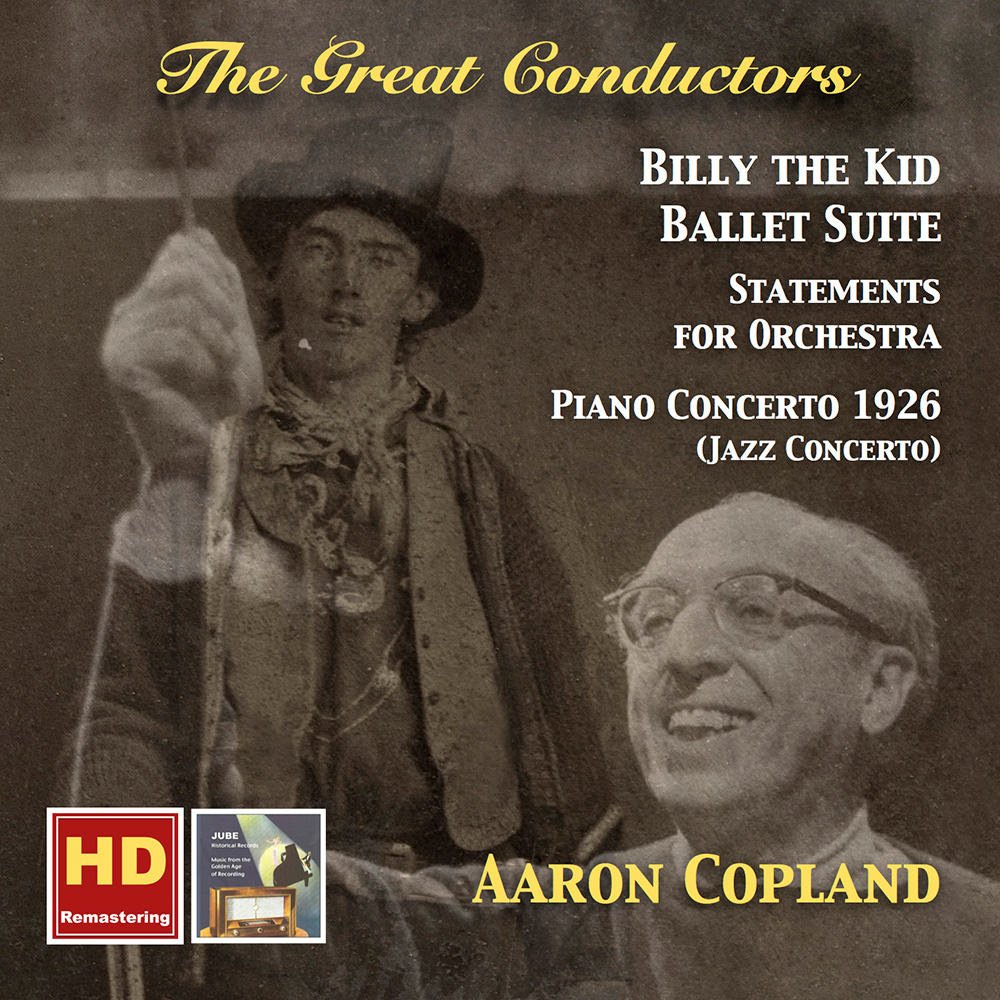 Regrettably, this album is not available
for sale at this time.
This remastered reissue pays tribute to Aaron Copland the conductor, as he leads three of his his own landmark compositions on vintage recordings. The London Symphony Orchestra performs the Billy the Kid Suite and Statements, originally released together in 1959, while pianist Leo Smit joins the Radio Rome Symphony Orchestra on the final work, the Piano Concerto, also known as the Jazz Concerto, released in 1956.