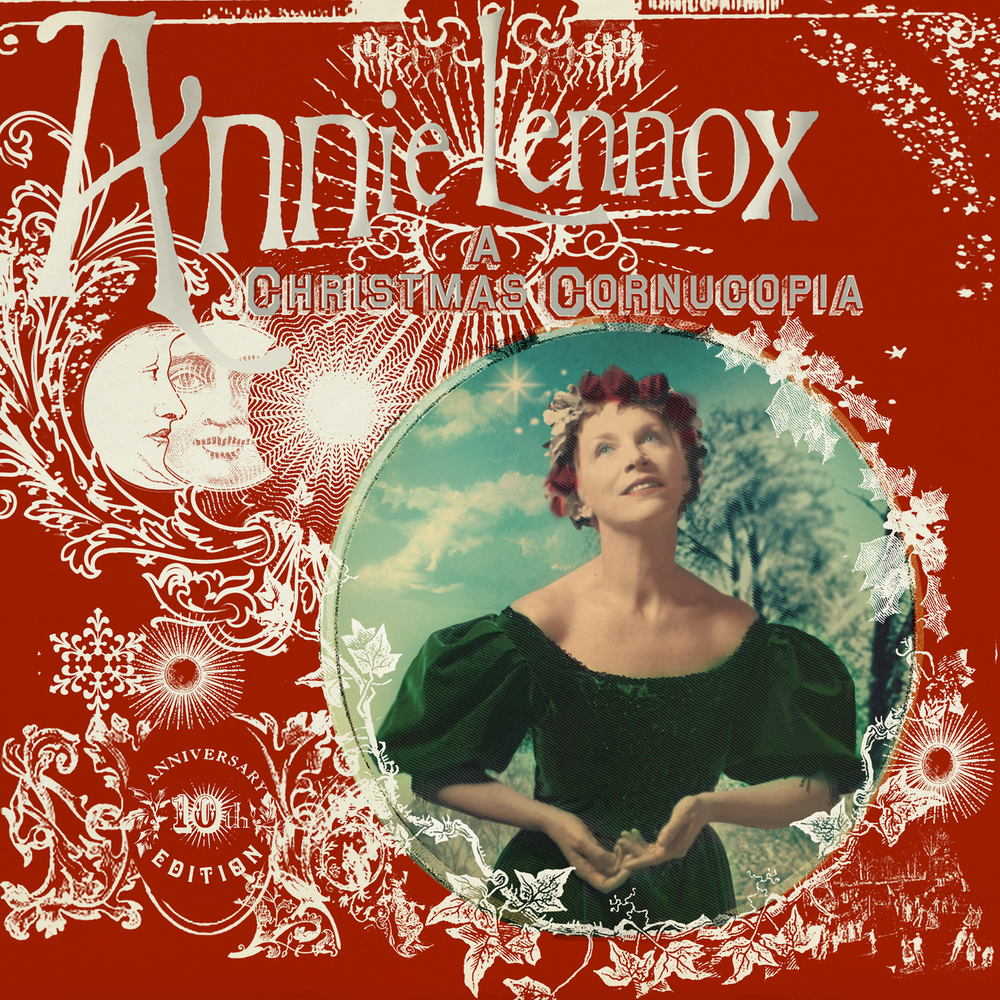 Annie Lennox has released this digitally remastered version of her sixth solo album, A Christmas Cornucopia: a collection of inspired interpretations of traditional festive songs, rounded out by a Lennox composition, “Universal Child”.

The 2020 re-issue of A Christmas Cornucopia is released via Island Records on November 20, 2020 to mark its 10 year anniversary. It features a brand new, previously unreleased track, “Dido’s Lament”, a new tracklisting, and new artwork.

“I’m absolutely delighted to be releasing the 10th Anniversary of A Christmas Cornucopia. 2020 has been an unprecedented year around the world. The carols on this album represent continuum, harking back to a time before modern technology, climate emergency, global pandemics, pollution, forest destruction, species extinction and all the challenges our world must urgently deal with in terms of crisis in sustainability. I hope this recording will at least offer some comfort and nostalgia, but also an awareness that political leaders, religious leaders and everyone around the world must face up to the question of how many more Christmases we have left to spend on this blighted earth.”
- Annie Lenox
44.1 kHz / 24-bit PCM – Universal-Island Records Studio Masters