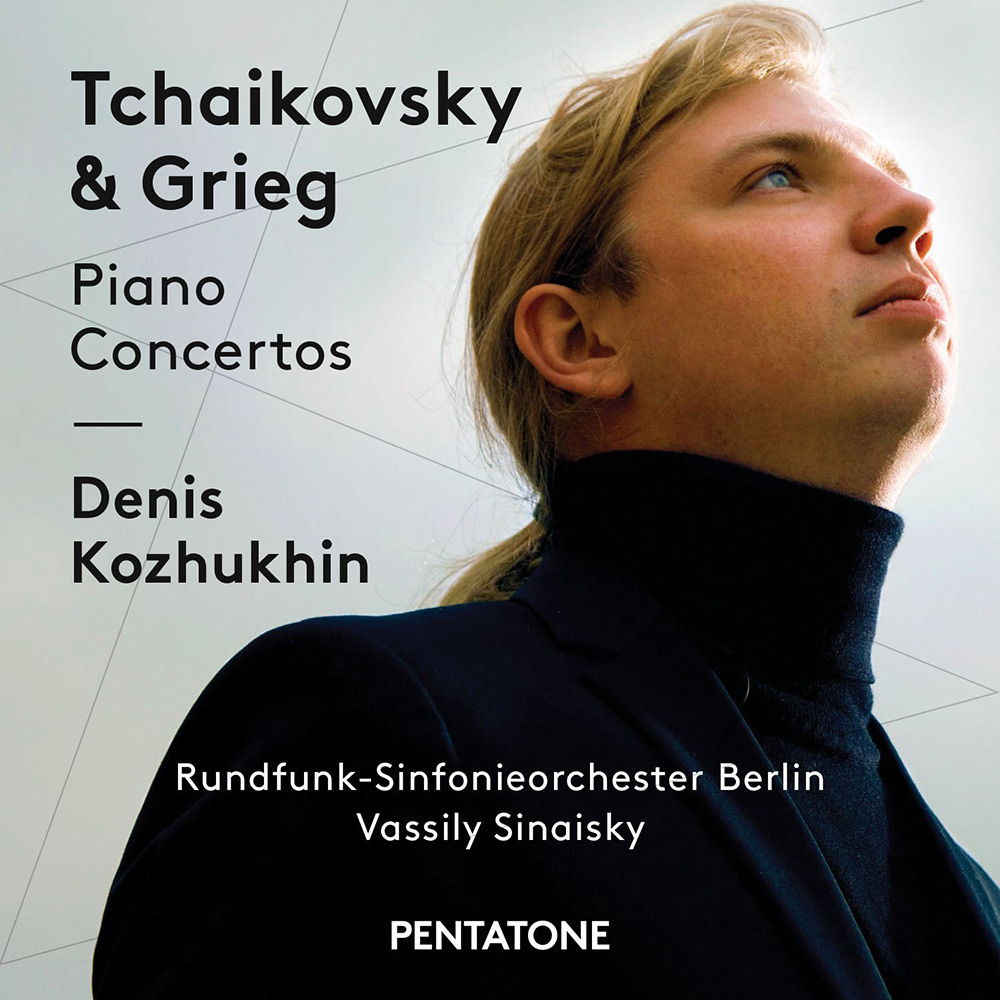 Available in 96 kHz / 24-bit AIFF, FLAC high resolution audio formats
Young award-winning pianist Denis Kozhukhin is backed by the Rundfunk-Sinfonieorchester Berlin conducted by Vassily Sinaisky on this programme of piano concertos by Tchaikovsky and Grieg. Kozhukhin chose two concertos that against all odds, both turned out to become virtuoso warhorses. Until Tchaikovsky started writing his first piano concerto, piano music had only been of secondary interest to him. As he himself stated "... I am inflicting violence upon myself by forcing my brain to come up with piano passages." Nowadays these two concertos rank among the most magical in the piano repertoire and have special meaning for Kozhukhin. "I am thrilled to have the opportunity to record repertoire that has played a significant part in my musical life." - Denis Kozhukhin
96 kHz / 24-bit PCM – PentaTone Studio Masters