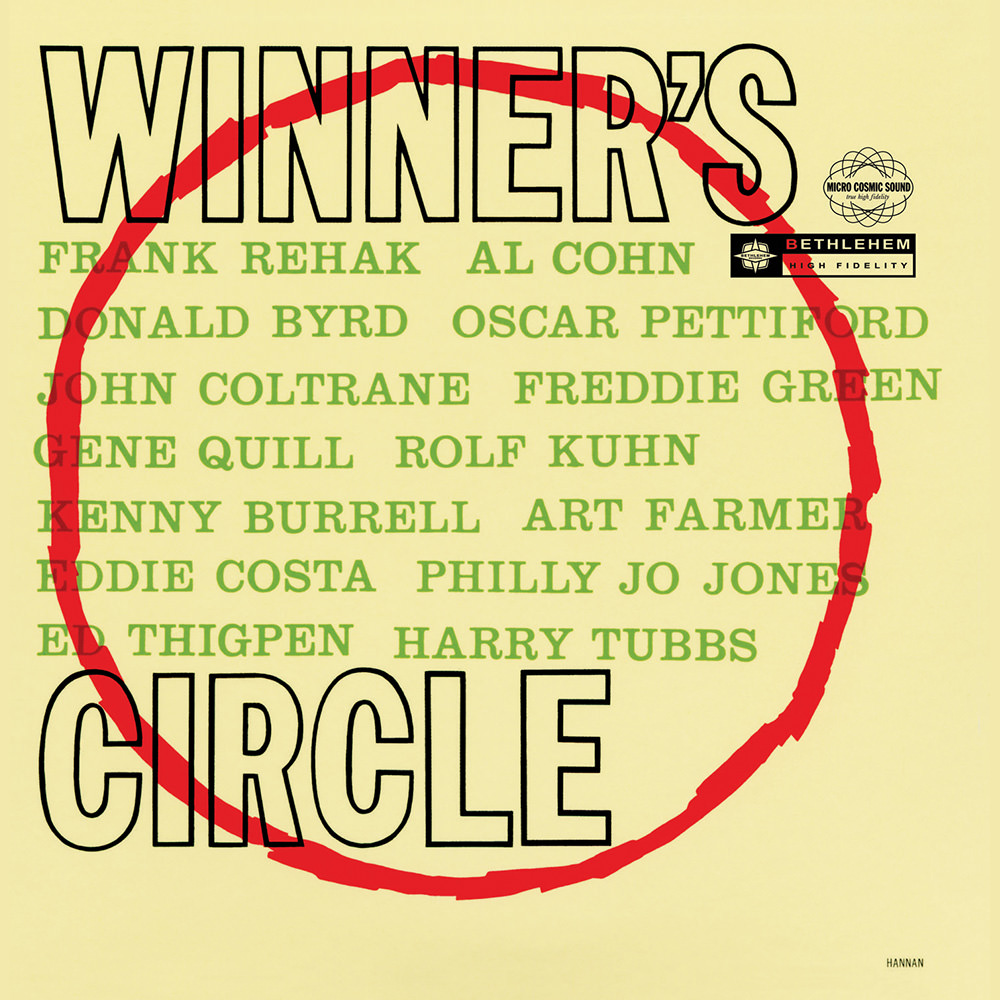 In The Winner's Circle

Available in 96 kHz / 24-bit AIFF, FLAC high resolution audio formats
"...a reminder of how powerful a baritone saxophonist Cohn could be... Coltrane is, again, one of several powerful soloists..." -JazzTimes This all-star session was put together by Down Beat magazine featuring the winners and runners-up from the magazine's critic's poll in 1957. While John Coltrane's name may leap out at you from the cover art, he only plays his tenor sax on half the songs here. On the remaining material Coltrane leads the orchestra, a new step for him at the time and a glimpse at an interesting early chapter of his history. And what an orchestra it was: composed of the best of the up-and-coming New York jazz scene, the other musicians in the Winner's Circle here include Donald Byrd on trumpet, Al Cohn on baritone sax, Eddie Costa on piano and vibes, Kenny Burrell on guitar, Oscar Pettiford on bass and Ed Thigpen on drums.
96 kHz / 24-bit PCM – Bethlehem Records Studio Masters