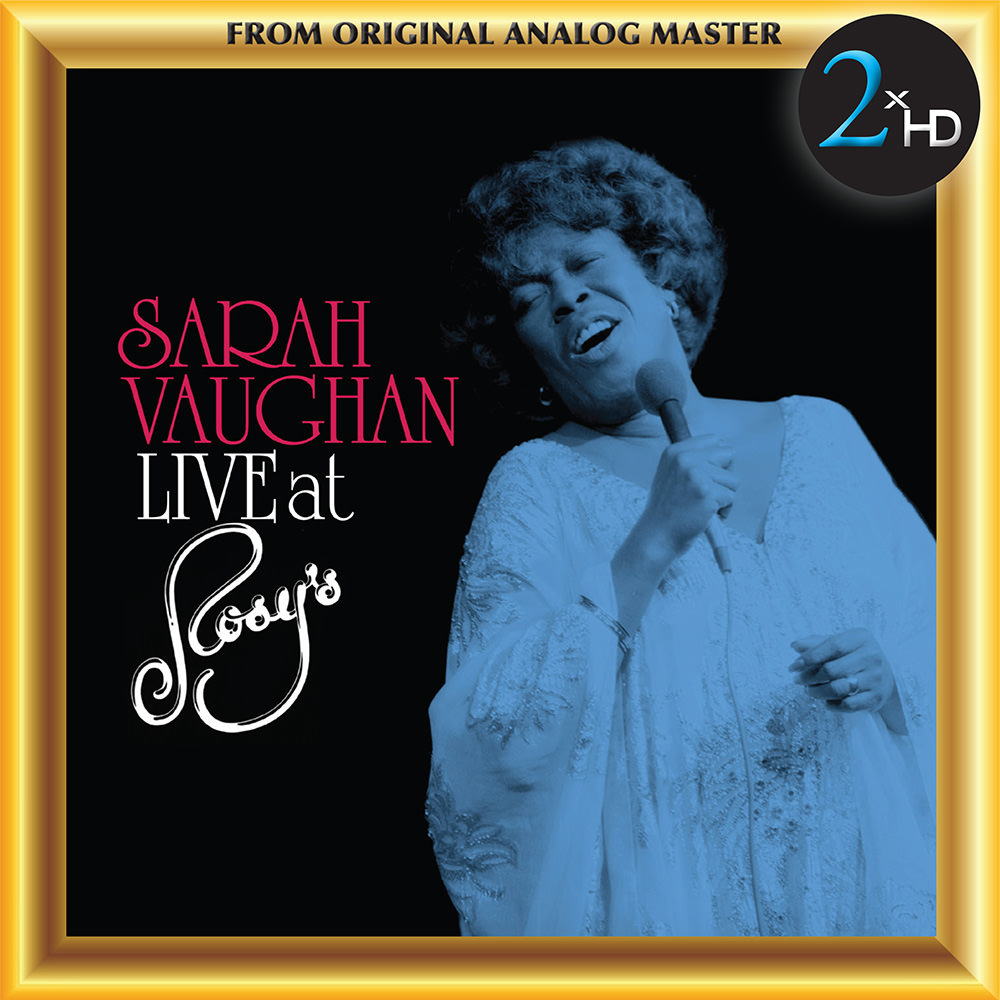 Available in 192 kHz / 24-bit, 96 kHz / 24-bit AIFF, FLAC and 5.6448 MHz, 2.8224 MHz DSD high resolution audio formats
"Vaughan’s late-’70s vocal gifts are fully exposed ... notable for its sterling sound and unexpected surprises ..." - The Wall Street Journal This album celebrates the genius that was Sarah Vaughan at her career peak. Recorded live in concert in May 1978 at the celebrated New Orleans jazz club Rosy’s, the newly-discovered tapes represent two sets containing 87 minutes of music, never before released. Backed by a cohesive rhythm section made up of pianist and arranger Carl Schroeder, bassist Walter Booker and drummer Jimmy Cobb, this is truly a rare collector’s item. Over the course of nearly four years, producer Zev Feldman tracked down all of the appropriate parties to ensure that this release would be fully endorsed and cleared by the Sarah Vaughan estate as well as the band members or their estates.
192 kHz / 24-bit, 96 kHz / 24-bit PCM and 5.6448 MHz, 2.8224 MHz DSD – 2xHD Studio Masters