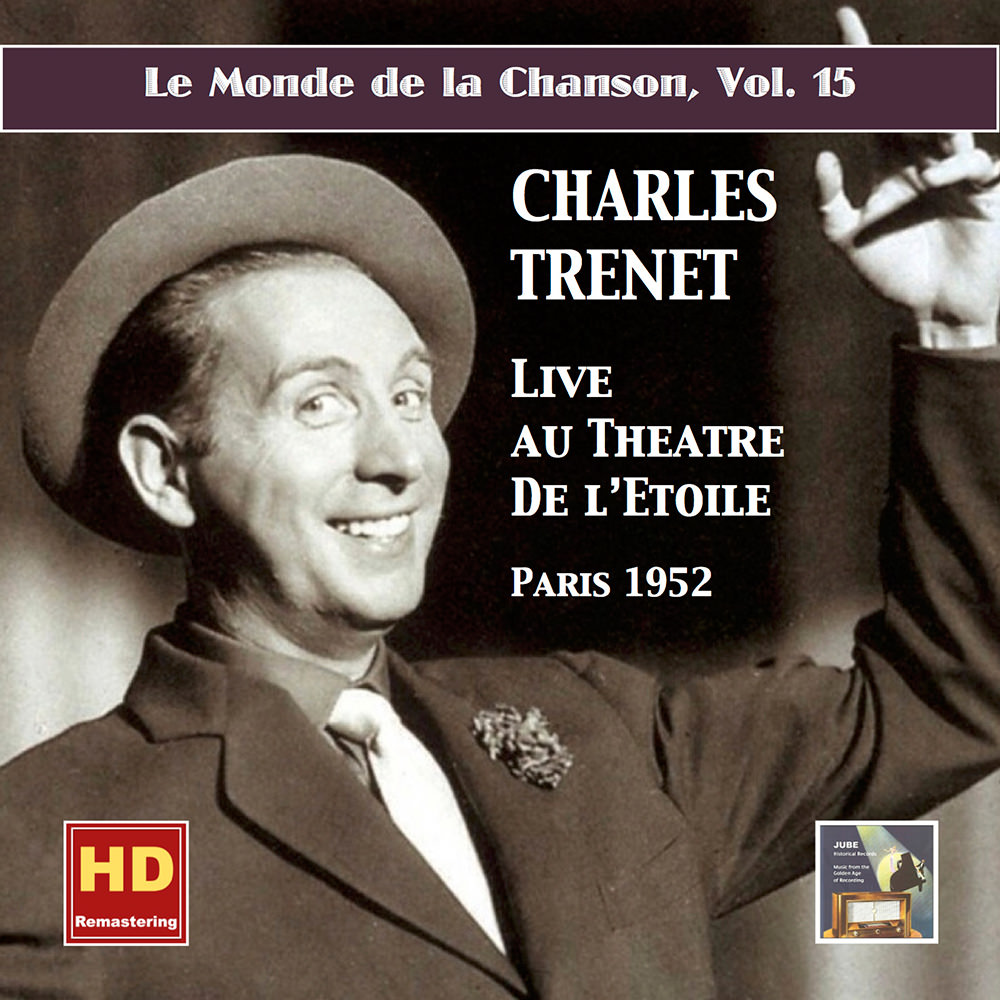 Regrettably, this album is not available
for sale at this time.
This remastered live album captures French singer-songwriter Charles Trenet making his comeback onstage at the Théâtre de L'Étoile in Paris in 1952. Having returned to France after an extended stay in the US following World War II, Trenet is in fine form on this enthusiastic and spontaneous live set that previews 10 unrecorded (at the time) songs.
This album is a high-resolution digital transfer of material originating from an analogue recording. It may be limited in bandwidth and dynamic range by the technology available at the time of its original creation, and is offered as a documentation of a historical release.