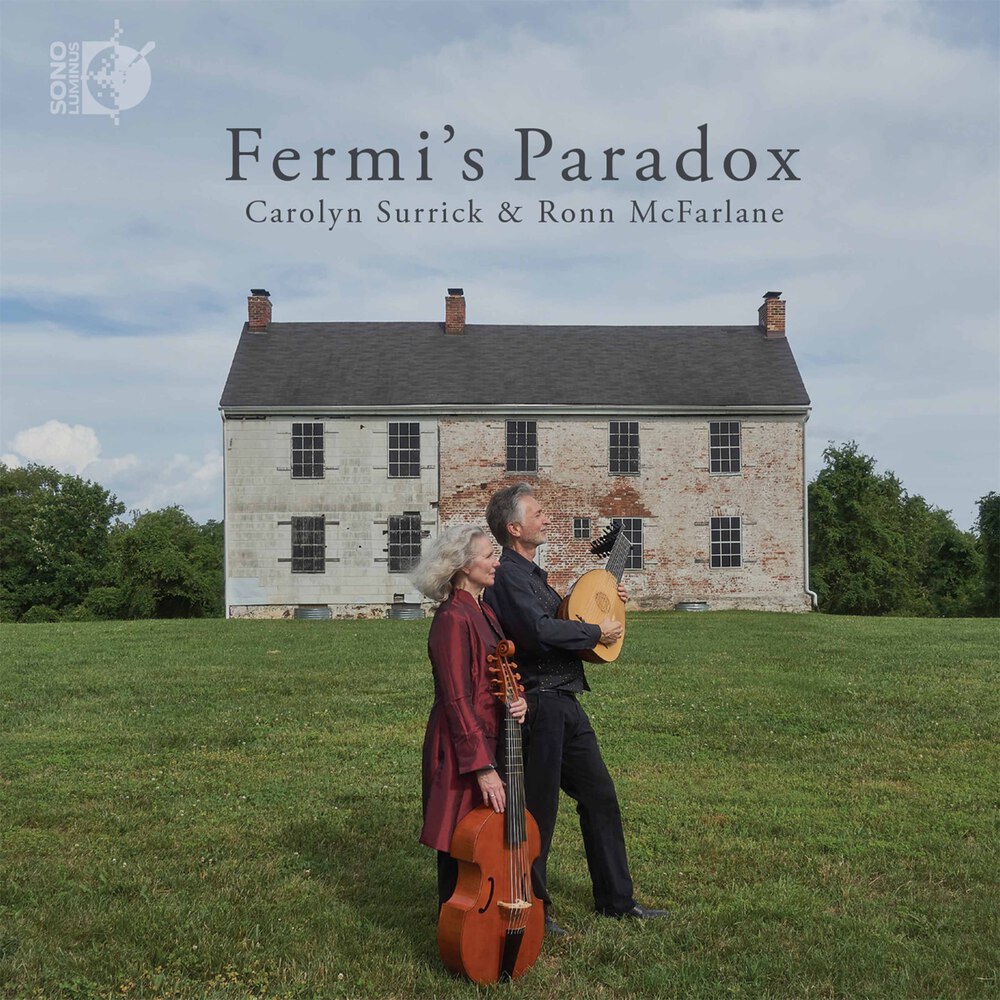 Available in 352.8 kHz / 24-bit, 192 kHz / 24-bit, 96 kHz / 24-bit AIFF, FLAC and 5.6448 MHz, 2.8224 MHz DSD high resolution audio formats
Sono Luminus releases Fermi’s Paradox, a new album from viola da gambist Carolyn Surrick and lutenist Ronn McFarlane, with guest percussionist Jackie Moran. Fermi’s Paradox is Surrick and McFarlane’s first album together and was created and recorded during the Covid-19 pandemic, when both performers’ usually busy concert schedules were cancelled. Surrick is well-known for her fifteen recordings with the group she founded in 1998, Ensemble Galilei. McFarlane, nominated for a Grammy in 2009, is the founder of Ayreheart and a founding member of the Baltimore Consort. "Ronn and I both compose, usually inspired by people or places. His Trinity Grove and Daniel’s Chaconne are both tributes to dear friends. For me, The Last Day speaks of the weight of deep losses. And then, there’s Fermi’s Paradox. I love this story. The brilliant Italian physicist Enrico Fermi was walking with friends at work one morning and said something like this, 'It is mathematically impossible to imagine that there is not intelligent life out there in the universe.' When they were sitting in the cafeteria later that day, out of the blue, he said, 'So, where are they?' All of his friends knew exactly what he was talking about." - Carolyn Surrick
352.8 kHz / 24-bit, 192 kHz / 24-bit, 96 kHz / 24-bit PCM and 5.6448 MHz, 2.8224 MHz DSD – Sono Luminus Studio Masters