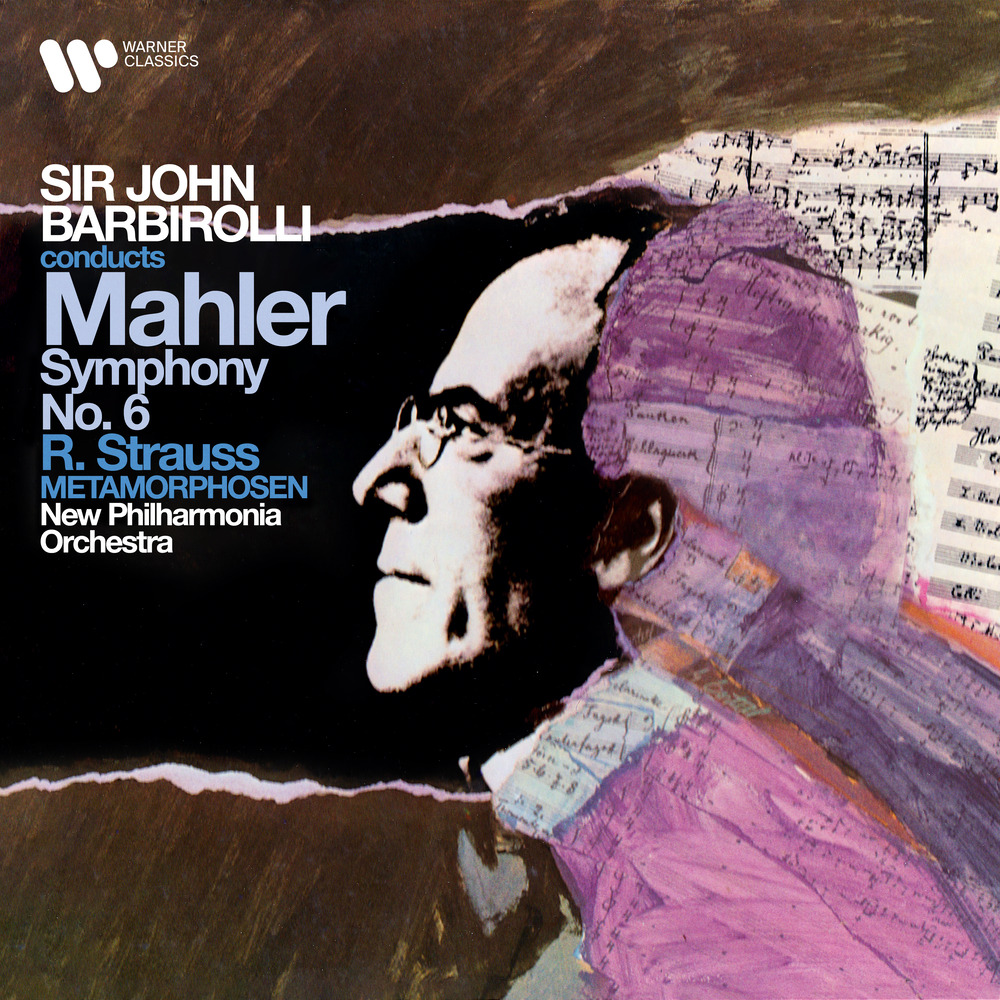 Available in MQA and 192 kHz / 24-bit, 96 kHz / 24-bit AIFF, FLAC high resolution audio formats
Sir John Barbirolli heads the New Philharmonia Orchestra in this legacy performance of the great German Romantic composers Mahler and Strauss. Symphony No. 6 in A minor by Gustav Mahler is a symphony in four movements, composed in 1903 and 1904. It is sometimes referred to by the nickname Tragische ("Tragic"). Mahler composed the symphony at what was apparently an exceptionally happy time in his life, as he had married Alma Schindler in 1902, and during the course of the work's composition his second daughter was born. This contrasts with the tragic, even nihilistic, ending of No. 6. "Metamorphosen", study for 23 solo strings is a composition by Richard Strauss for ten violins, five violas, five cellos, and three double basses. It was composed during the closing months of the Second World War, from August 1944 to March 1945. The piece was commissioned by Paul Sacher, the founder and director of the Basler Kammerorchester and Collegium Musicum Zürich, to whom Strauss dedicated it. It was first performed on 25 January 1946 by Sacher and the Collegium Musicum Zürich, with Strauss conducting the final rehearsal. Warner Classics releases this stunning recording as part of a brand new series, The Complete Warner Recordings. Spanning over 40 years, these recordings trace the career of Sir John Barbirolli, a conductor of proverbial warmth and generosity, a transformative force in British music and a legendary figure who collaborated with the greatest artists of his time. Shortly before his death in 1970 he completed a Sibelius cycle with the Hallé Orchestra, whose fortunes he had steered for nearly three decades, and among other composers closely linked with his name are Elgar, Delius, Brahms, Mozart, Mahler and Puccini. The wide-ranging contents of this landmark set, which comprises all the recordings Barbirolli made for HMV and PYE. Everything has been remastered in high definition, LP-era recordings from the original tapes, and 78-era recordings from the best available sources.
192 kHz / 24-bit, 96 kHz / 24-bit PCM – Warner Classics Studio Masters