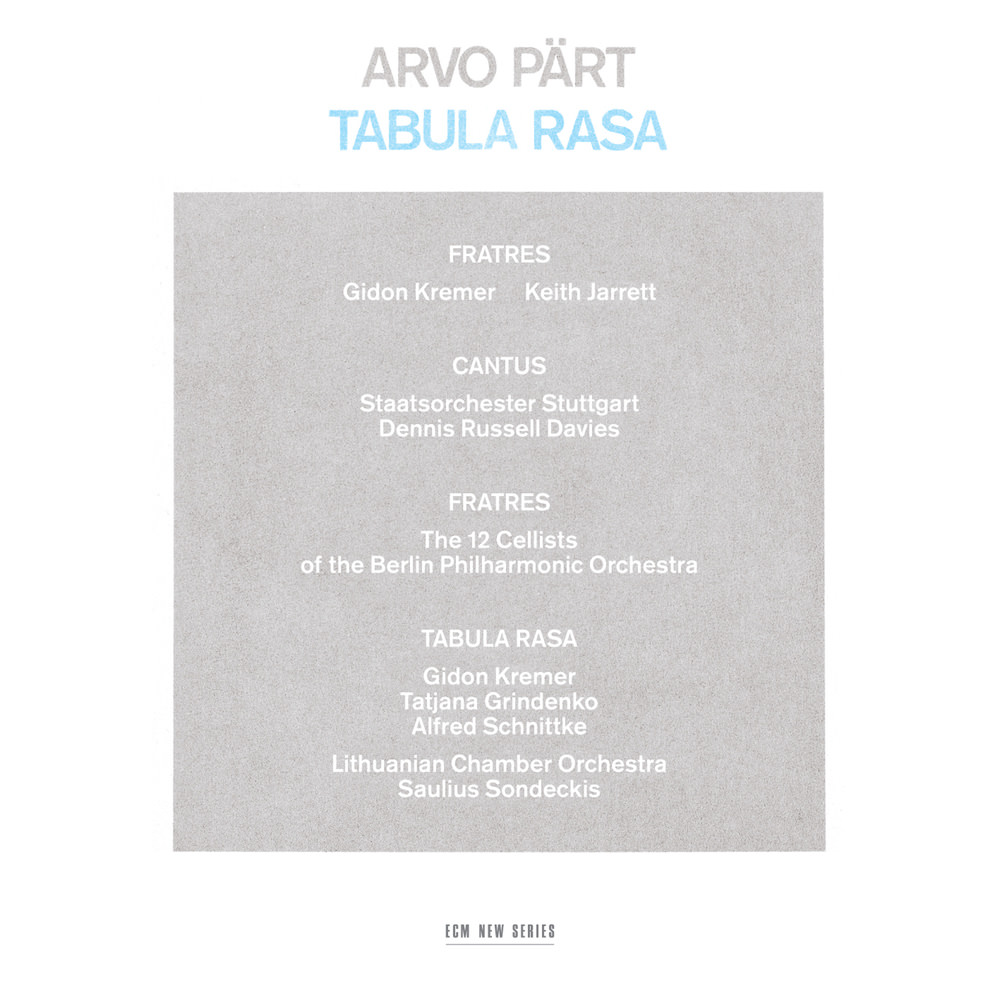 Available in 96 kHz / 24-bit AIFF, FLAC high resolution audio formats
"Reissue of the Month ... this extremely handsome production is a worthy tribute to what is without any shadow of a doubt one of the great recordings of the last century." - Gramophone "Five Stars ... one of the defining sound worlds of the last 30 years ... there is plenty of music that is as profound as Tabula Rasa, but only rarely does it reach similar emotional heights ... partially a prayer and partially a meditation that burns with passion and suffering ... it almost forces the listener into introspection and contemplation ... one of the marvels of the modern age and is still as captivating as when it was first released. Just like the works of the old masters that echo for centuries, this masterpiece by Arvo Pärt will echo and arouse the deepest of emotions eons after it was first released." - All About Jazz In 1984, ECM brought a new sound into the musical world with the release of Arvo Pärt’s Tabula Rasa, the first album on the label’s New Series imprint. Among the impressive lists of soloists bringing Pärt's creations to life include Keith Jarrett, violinists Gidon Kremer and Tatjana Grindenko and Alfred Schnitte on prepared piano, backed by the Lithuanian Chamber Orchestra and the Berlin Philharmonic Orchestra.
96 kHz / 24-bit PCM – ECM New Series Studio Masters