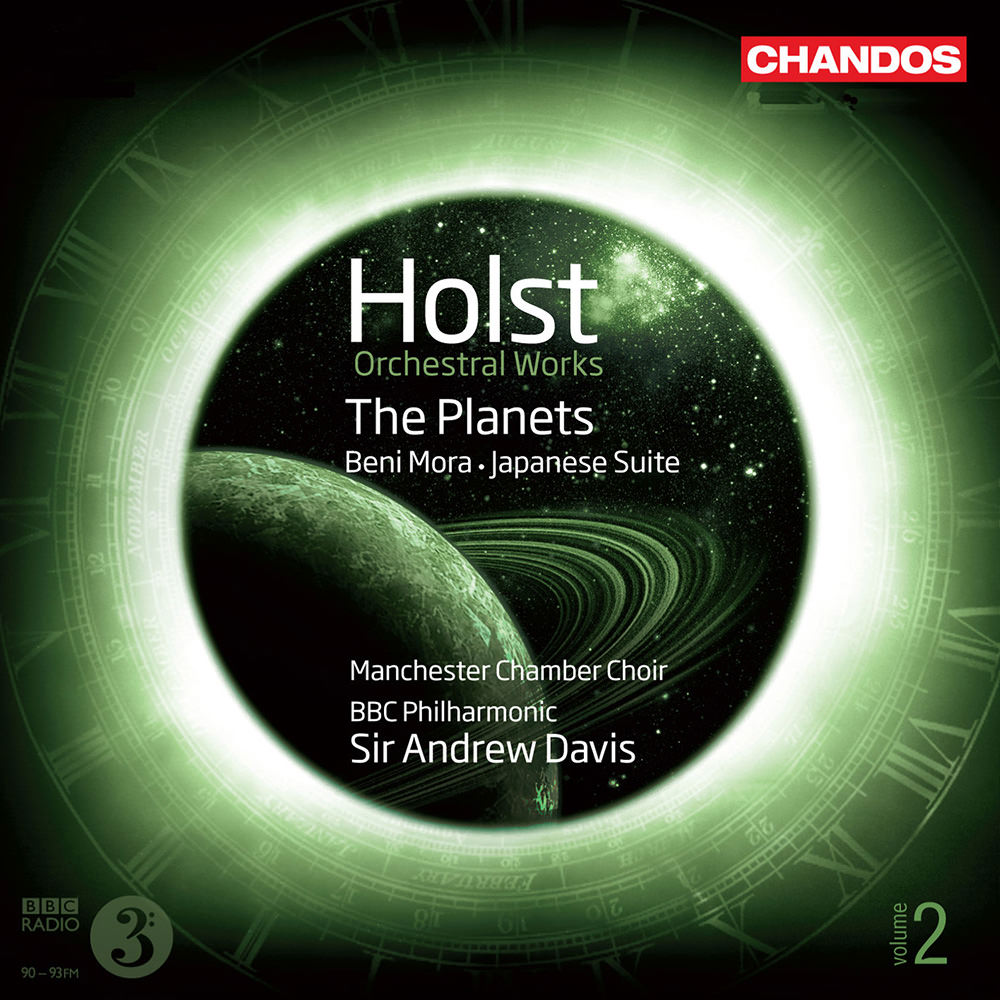 "… the BBC Philharmonic is simply outstanding ... as is the excellent sound …"
- American Record Guide

"... Uranus is done with an infectious sense of showmanship, while the miraculous shades and textures of Neptune are beautifully caught ..."
- BBC Music Magazine

On this second volume devoted to the orchestral works of Gustav Holst, Sir Andrew Davis leads the BBC Philharmonic in a unique programme: The Planets, Holst’s orchestral tour de force, as well as two comparative rarities in the concert hall, the Japanese Suite and Beni Mora. This series demonstrates that Holst was a composer whose inventiveness and originality was not limited to one work.
48 kHz / 24-bit PCM – Chandos Studio Masters