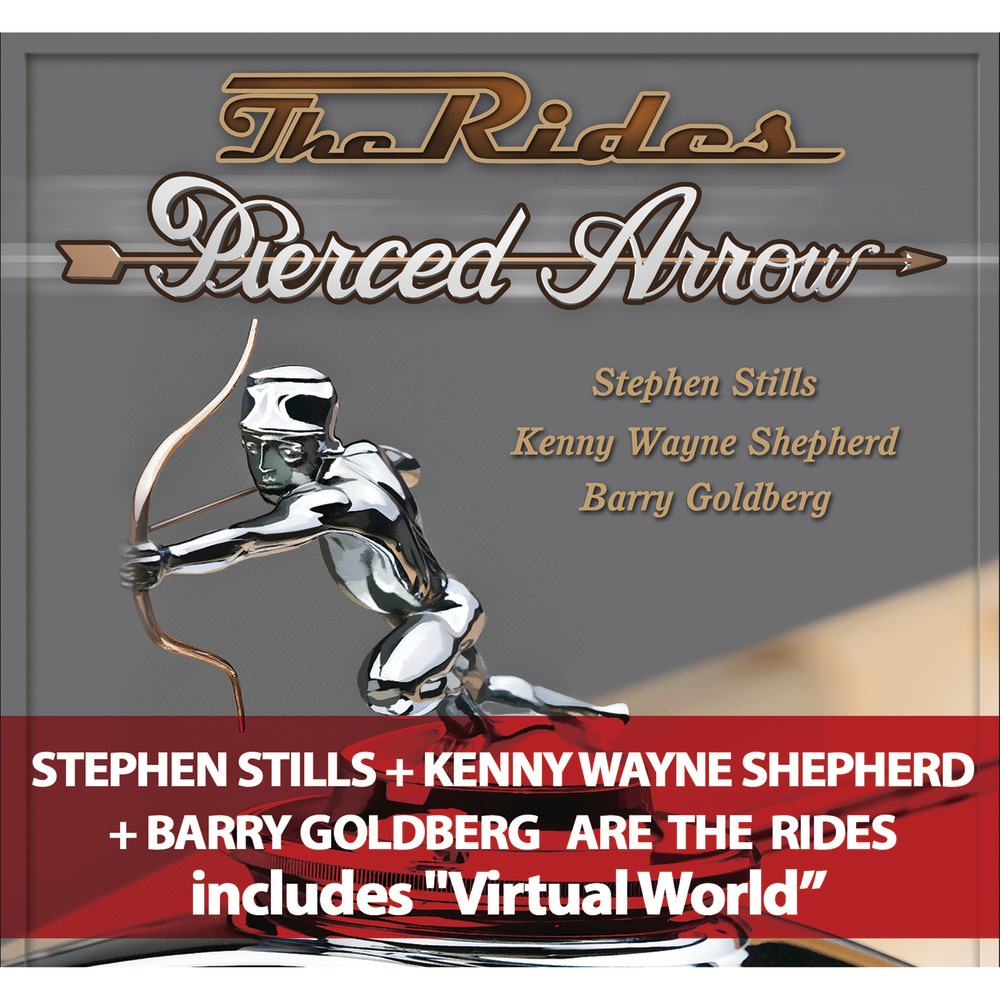 Available in 192 kHz / 24-bit AIFF, FLAC high resolution audio formats
Pierced Arrow is the second album from the Rides, a multigenerational fusion of legendary musical souls Stephen Stills, two-time Rock and Roll Hall of Famer and five-time Grammy-nominated guitar great Kenny Wayne Shepherd and Chicago rock/blues keyboardist Barry Goldberg. Called “the blues band of my dreams” by Stills, the trio laid the simmering groundwork for these songs on the debut album Can’t Get Enough, because once they started writing, recording and jamming together, they couldn’t. A passion for the blues isn’t the only thing the band members have in common: Stills and Shepherd share a mutual love of classic cars. In that light, it’s not surprising that the title is a riff on the famed Pierce-Arrow Motor Car Company, a maker of luxury cars in the first four decades of the 20th century. "We had so much fun playing on stage, we had to do it more. Lots of freedom. Kenny and I found a wonderfully exciting knack for playing lead at the same time without a real ‘arrangement,’ just sort of instinctive guessing, from watching each other’s hands. Neil Young and I used to do this with Buffalo Springfield. And the grooves are always right on the money, never rushed or jittery." - Stephen Stills
192 kHz / 24-bit PCM – Savoy Studio Masters