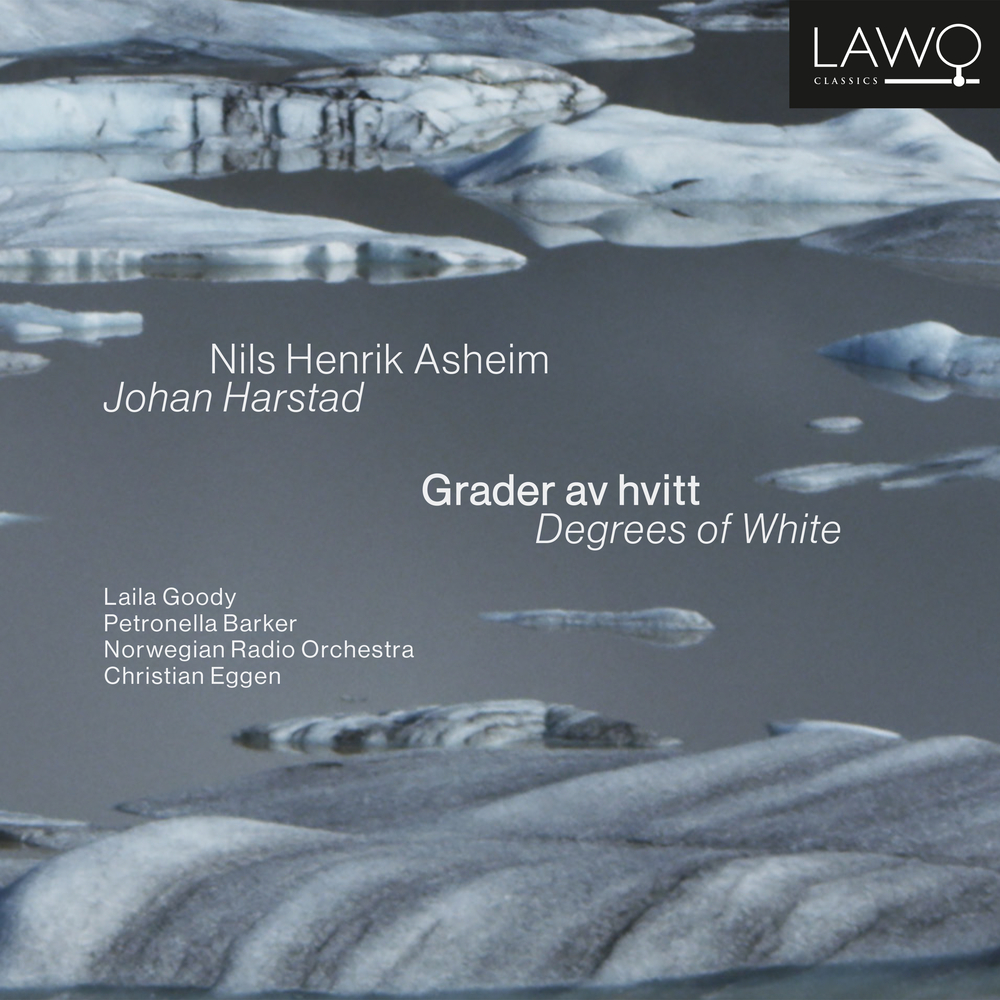 Available in 192 kHz / 24-bit, 96 kHz / 24-bit AIFF, FLAC high resolution audio formats
A female voice speaks throughout "Degrees of White". Johan Harstad’s biting text peels away the various layers of her personality, while Nils Henrik Asheim constructs a soundscape of an infinite number of layers. We take a journey into the frost, through an unpredictable web of intersecting motions, from the beautiful and fragile, to the raw and desperate. The protagonist tells her story across several layers of time -through flashbacks and through actual observations of her condition. She has gone on holiday to Greenland with her husband, but they have split up. As she speaks, we realize that she is going through the various stages of frostbite. "Degrees of White" was commissioned and premiered by the Stavanger Symphony Orchestra in 2007. Christian Eggen leads The Norwegian Radio Orchestra on this recording. Laila Goody reads the Norwegian version and the English is by Petronella Barker. Noise musician Lasse Marhaug provided the electronic sounds used in the recording. The work contains elements of a symphony, monodrama, radio theatre, and sound art. The whole must be heard in order to be described. The composer himself says: "'Degrees of White' is, without comparison, the most complex work I have ever created, and strangely enough, also the one that speaks most directly. It has been a somewhat shaky process to work through its creation, from the very beginning fifteen years ago until recently, where I have used this available “corona time” to complete the mix of the tracks of the orchestra, electronics, voice, and sounds created by materials such as gravel, shells, glass, and Styrofoam."
192 kHz / 24-bit, 96 kHz / 24-bit PCM – Lawo Classics Studio Masters