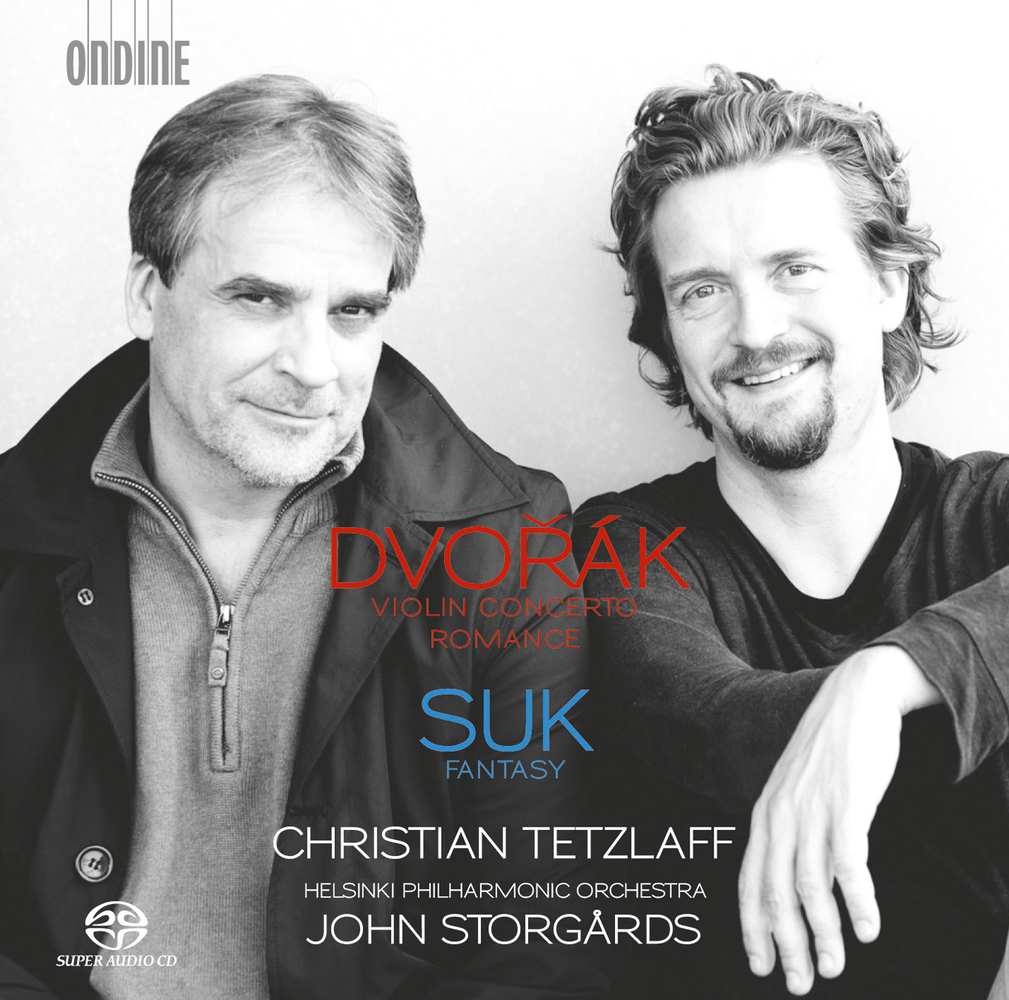 Available in 96 kHz / 24-bit AIFF, FLAC high resolution audio formats
Grammy Award nomination - Best Classical Instrumental Solo, 2016 "Editor's Choice ... Storgårds inspires energetic playing from the Helsinki Philharmonic ... once into the fray Tetzlaff draws on an exceptionally wide range of colours and nuances ... individual but utterly persuasive ... excellent, full-bodied sound." - Gramophone "Everything about this issue bespeaks quality: the performances above all, but also the recording ... the sense of two artists working unpretentiously together at the service of the composer ... certainly the music making is of a very high order indeed." - MusicWeb International "Four Stars ... (Tetzlaff is) the kind of musician who gets under the skin of a piece and gives what the music needs ... his performance of Dvořák’s Concerto in A Minor is glorious and questioning ... the real brilliance is in the vulnerability and tenderness he reveals in quiet melodies." - The Guardian This exciting programme from award-winning violinist Christian Tetzlaff and the Helsinki Philharmonic Orchestra led by John Storgårds focuses on two Czech composers with close connections. Dvořák’s Violin Concerto is technically challenging for the soloist, nonetheless its fame spread like wildfire and it was adopted into the repertoire of leading violinists, to widespread acclaim from the public and critics alike. Romance is a delightful work presented here for violin and orchestra in an arrangement by Dvořák himself. Josef Suk, Dvořák’s pupil and later his son-in-law, was a remarkable violinist. It is surprising that the wonderful Fantasy, a neglected gem in the repertoire, is his only concertante piece for the instrument. It requires a wide spectrum of technique and virtuoso runs which demand a delicate grasp of voice and sequence.
96 kHz / 24-bit PCM – Ondine Studio Masters