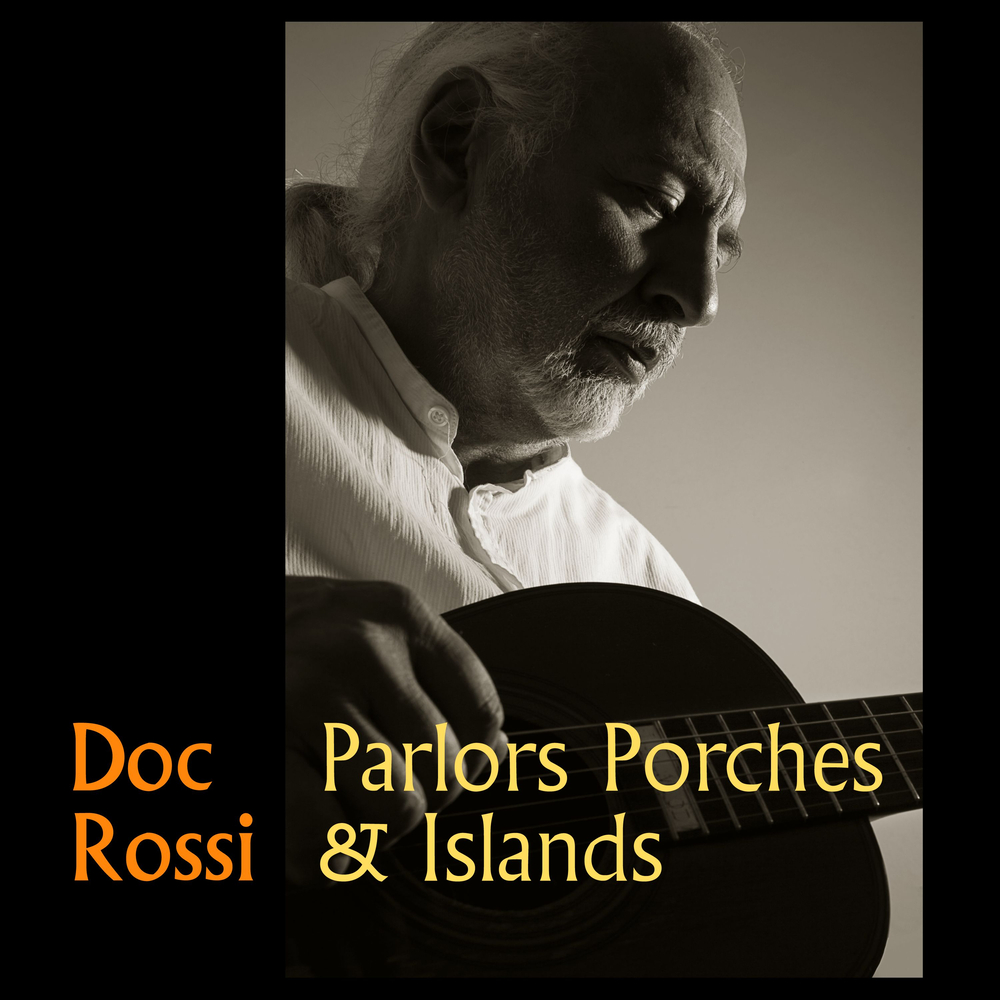 Available in 48 kHz / 24-bit AIFF, FLAC audio formats
Doc Rossi’s latest album, Parlors, Porches & Islands is a journey from 19th-century parlor music that found its way to traditional rural players, to Slack Key players in Hawai’i, and to Doc’s own music. Roots can be tough, tangled and gritty, and they don’t always reveal what we might expect. Some might be puzzled to find the roots of blues and old-time guitar in bourgeois parlor music, but it fascinates Rossi. As Joseph Campbell says, ‘it’s what we share in common that is most revealing.’ Although Doc Rossi’s musical roots are firmly in America, his travels have given him an appreciation for many kinds of traditional and ‘art' musics. This album was recorded in a converted workshop near Porto, in the fishing town of Espinho on the Atlantic coast, looking back at where he started. His evocative fingerpicking blends the ancient sounds of early music, the intricacies of traditional dance music, and the mystery of the 'Old Weird America.’
48 kHz / 24-bit PCM – Xacutti Studio Masters