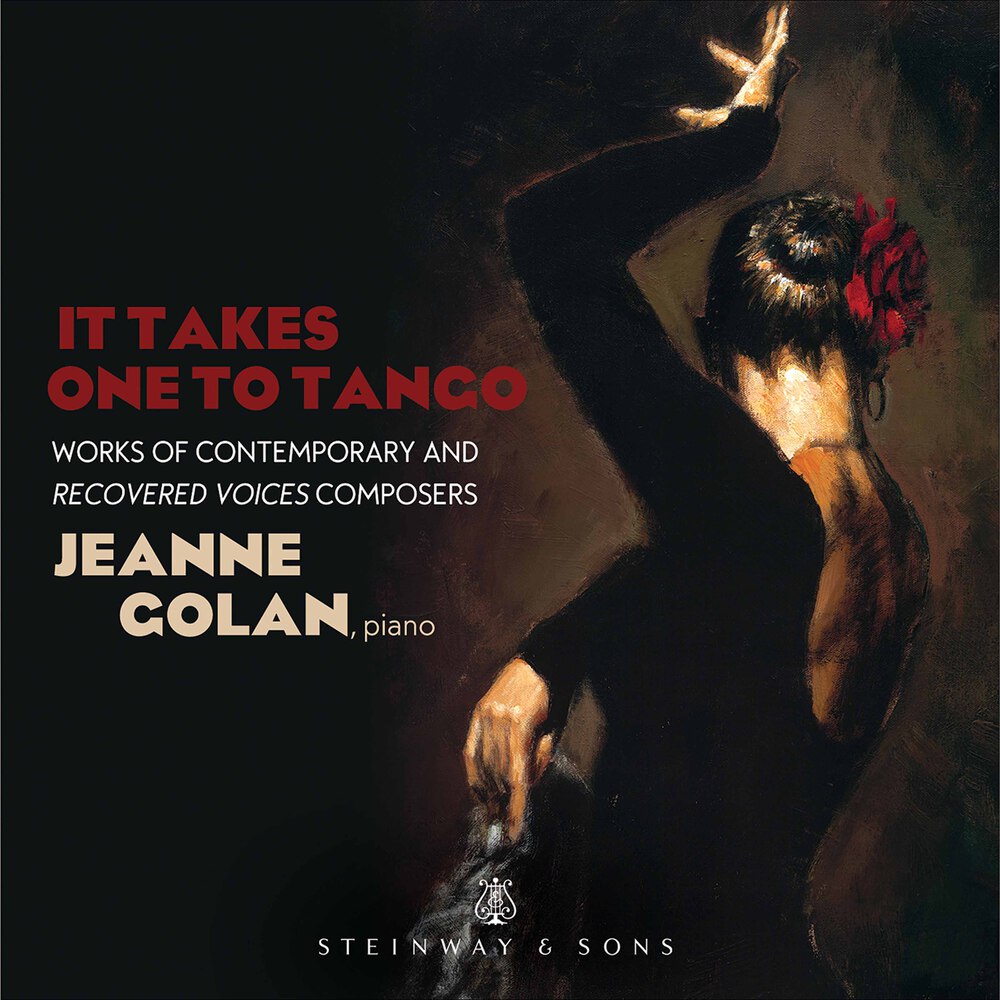 It Takes One to Tango

Steinway and Sons releases Jeanne Golan's newest album, It Takes One to Tango. Golan describes the album as “a collection featuring tango-inspired gems that are largely unknown. The works are by recovered voices and living composers, two arenas that have long captured my fancy, centered on a dance I’ve come to embrace. The album itself mixes these composers and their time periods, whose music speaks to one another in unexpected ways."

Recovered voices refers to composers who were persecuted and often murdered as a consequence of the Nazi Regime. This association can box them into being considered writers of ‘serious’ music. But they just as seriously absorbed the newly popular jazz and cabaret scenes popping up in Paris and Berlin. Wilhelm Grosz and Erwin Schulhoff each wrote stylish, innovative and appealing suites based on dances that were all the rage in the 1920’s. Born a generation earlier, Wanda Landowska also turned to a current dance for her inspiration.

The first ‘one to tango’ is actually the composer writing in the studio. When the written page is passed on to the performer, a partnership forms whereby the music is then brought to life through the player’s choreography at the keyboard, much like the dance itself.
96 kHz / 24-bit PCM – Steinway and Sons Studio Masters