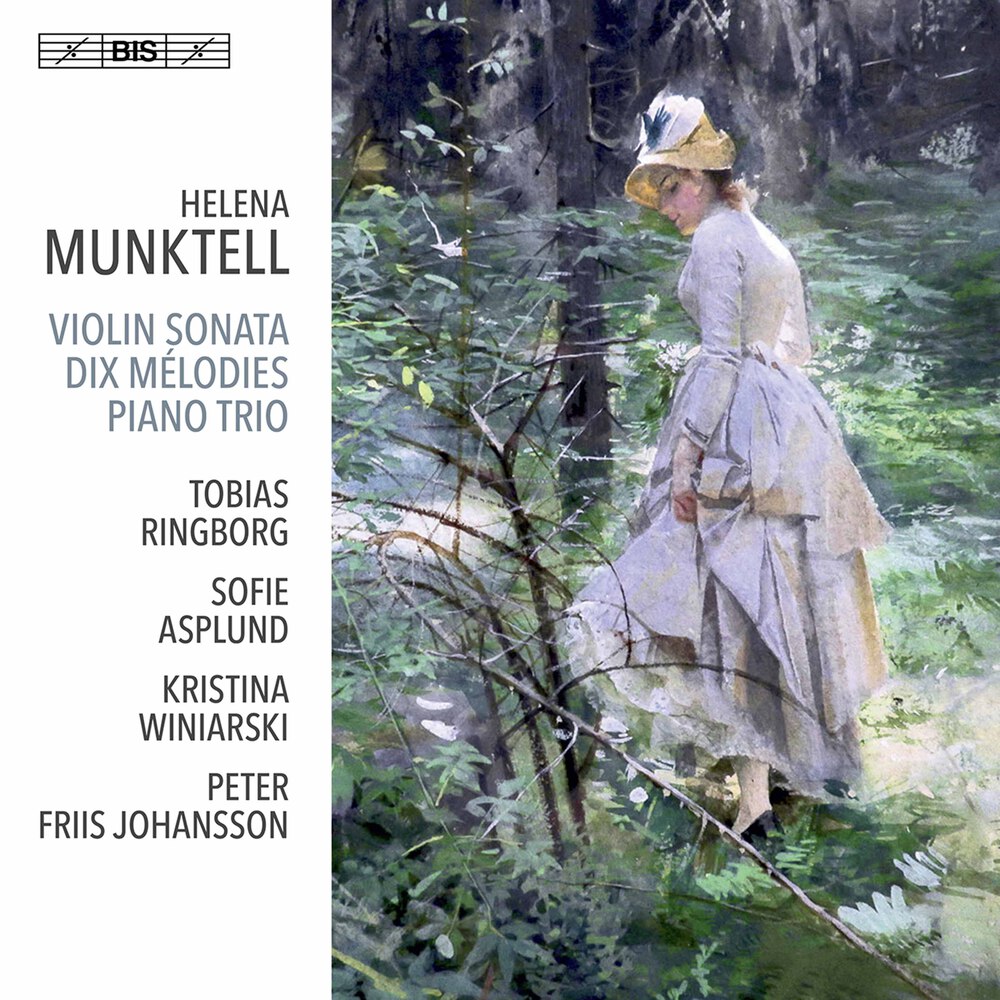 Available in 96 kHz / 24-bit AIFF, FLAC high resolution audio formats
This is the first ever album devoted to the chamber music of Helena Munktell, one of the earliest female composers in Sweden. The daughter of an industrialist, Munktell received private lessons in piano and song from an early age, but soon also training in music theory and composition. In 1877 she visited Paris, where two of her sisters lived, and during the next thirty-odd years the city would be a second home to her. Here she studied with composers such as Benjamin Godard and Vincent d’Indy, and became a member of Société Nationale de Musique (SNM), an organisation promoting French music and providing opportunities for young composers to have their works performed. A selection of Munktell’s songs had been performed, in Swedish, at a Society concert in 1892 and in 1900 they were heard again, but now in the French versions released the same year by the reputed musical publisher Alphonse Leduc. The Dix Mélodies are finely crafted musical scenes displaying a wide expressive range and variety of moods. Five years later another SNM concert saw the first performance of Munktell’s Violin Sonata in E flat major, by none other than the renowned Romanian violinist George Enescu. Franck’s famous A major Sonata, which Munktell knew well, served as an important source of inspiration in regards to the cyclic form and harmonic writing. The sonata soon appeared in print, now from E. Demets, another French music publisher. The third work on this disc is a small-scale piano trio, probably an early work and possibly composed for performance at one of the musical salons at the Munktell family home in Stockholm.
96 kHz / 24-bit PCM – BIS Records Studio Masters