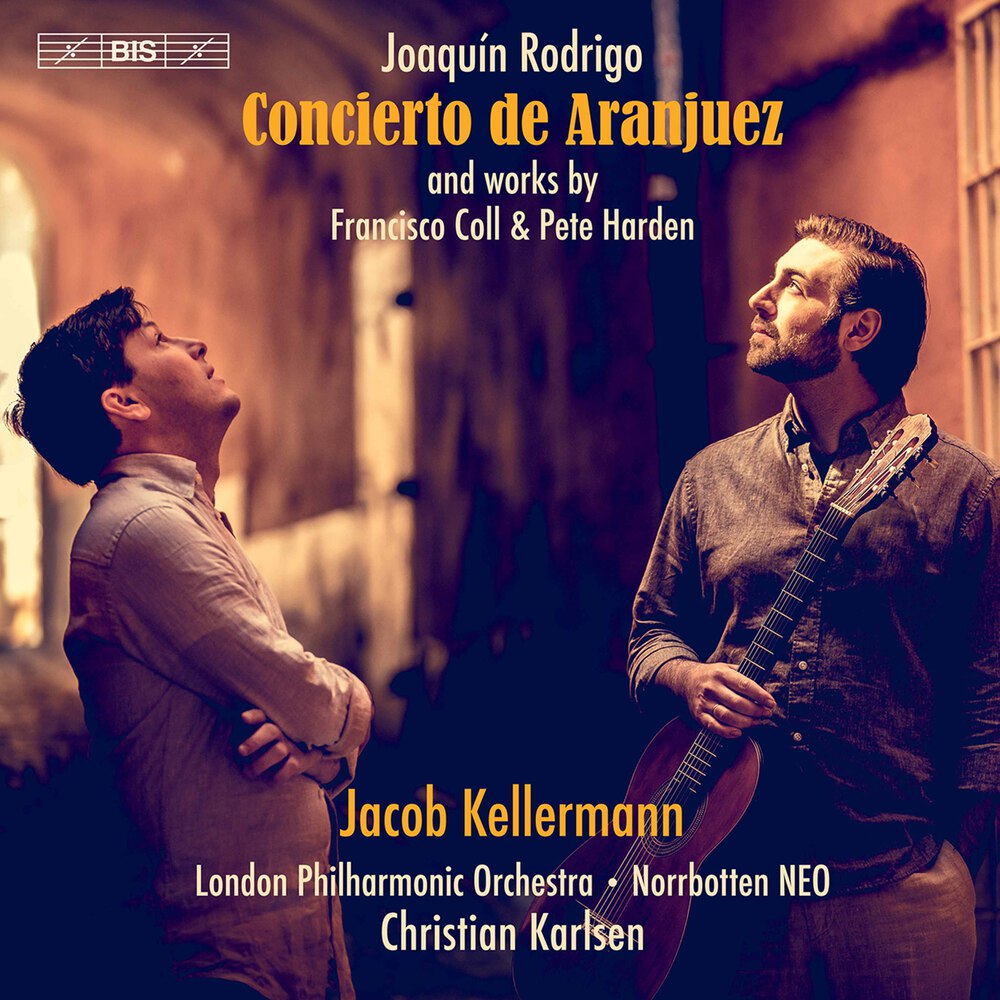 When guitarist Jacob Kellermann and conductor Christian Karlsen devised the programme of this recording, one inspiration was the legendary jazz album Sketches of Spain on which Miles Davis performed arrangements of Spanish folk music, along with a version of the Adagio from Joaquín Rodrigo’s Concierto de Aranjuez. Rodrigo’s work is a re-imagining of times past and of courtly life in the gardens of the Royal Palace of Aranjuez, and as such it is the perfect opening to Kellermann’s and Karlsen’s project, intended to conjure up Spain ‘as if through a prism – as a concept rather than a place’. In order to achieve this they have enlisted the help of Francisco Coll and Pete Harden, who have each contributed a concertante work for guitar and ensemble. With Turia, Coll has returned to his roots, naming the work after the dried-out river that once flowed through his (and Rodrigo’s) hometown Valencia. He has described it as his most ‘flamenco-coloured’ work so far, intended to ‘evoke the light and the respective shadows’ of Spain.

Turia is followed by two classics of Spanish music: Manuel de Falla’s Homenaje for solo guitar and Evocación by Isaac Albéniz, here in an arrangement for ensemble by Christian Karlsen. The last word on the disc goes to Pete Harden who, with his British background and affinity to jazz and non-classical tradition, provides a voice from the outside in this Spanish programme. For his Solace and Shimmer, Harden makes use of the series of chords that underpins Rodrigo’s Adagio (and Miles Davis’s Sketches), describing the work as ‘an impressionist ode to dry, southern European heat.’ In this and the other ‘Spanish sketches’, Kellermann is supported by the London Philharmonic Orchestra (in Concierto de Aranjuez) and the seven members of Norrbotten NEO.
96 kHz / 24-bit PCM – BIS Records Studio Masters