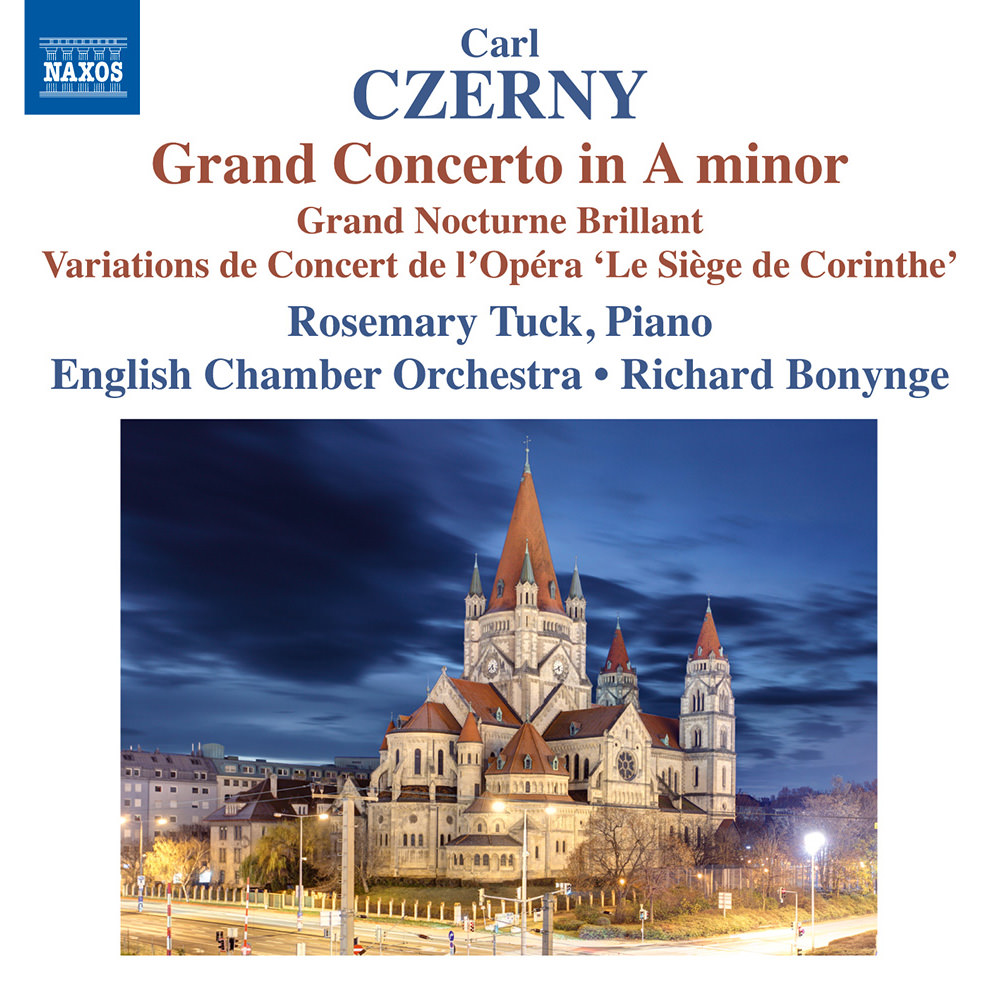 Available in 96 kHz / 24-bit AIFF, FLAC high resolution audio formats
On this 2014 recording, conductor Richard Bonynge, the English Chamber Orchestra and pianist Rosemary Tuck turn their attention to works by Carl Czerny, one of Vienna’s most illustrious musicians and a student and devoted friend of Beethoven. Renowned today for his piano treatises, he was also a prolific composer in almost every genre, but it is the music for his own instrument that has aroused the most curiosity. The Grand Concerto, both serene and spirited, is historically important as one of the first romantic concertos ever written. The lyricism and playful bravura of the Grand Nocturne Brillant is balanced by the delicious Variations de Concert which receives its world premiere here.
96 kHz / 24-bit PCM – Naxos Studio Masters