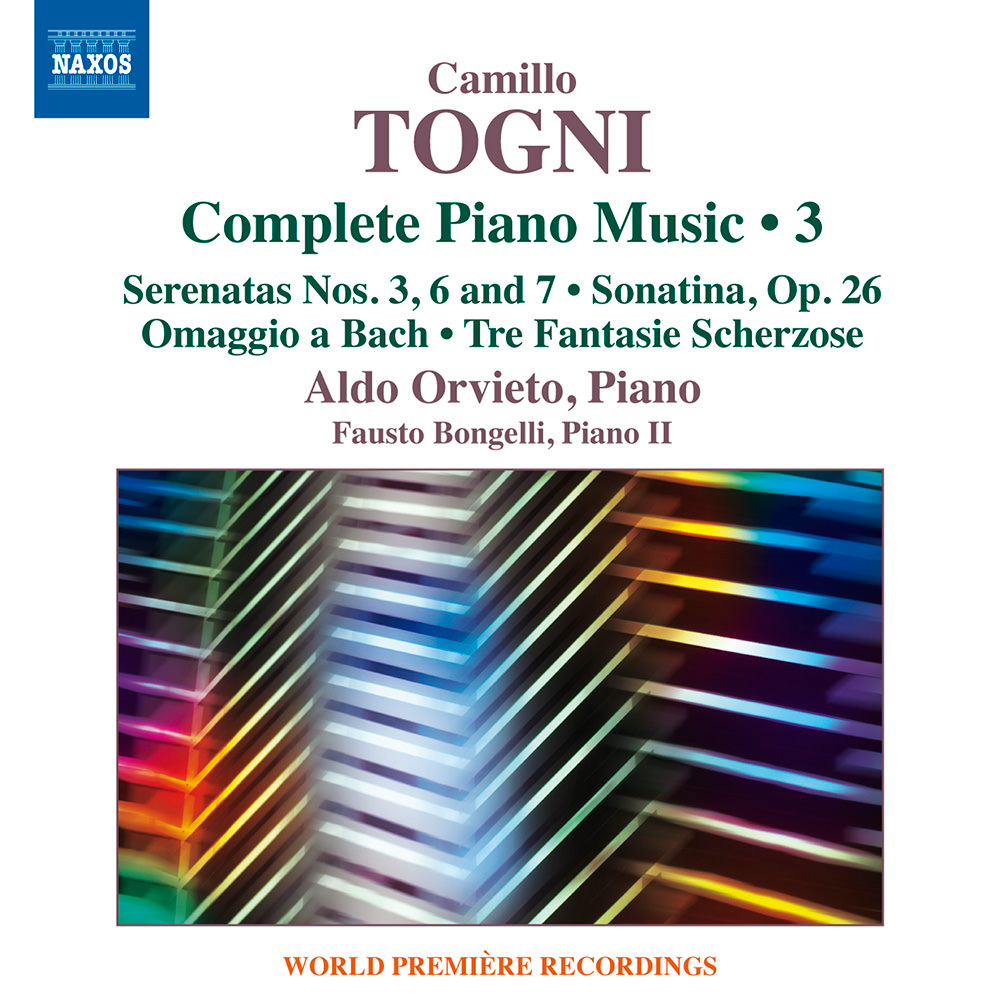 Available in 96 kHz / 24-bit AIFF, FLAC high resolution audio formats
Pianist Aldo Orvieto continues his series dedicated to Italian composer Camillo Togni with this third volume, containing several world premieres. A student of legendary pianist Arturo Benedetti Michelangeli, Togni also studied composition under Alfredo Casella, going on to become one of Italy’s most progressive and multifaceted composers of the latter half of the 20th century. Orvieto released the previous two volumes in this highly praised series in 2013 and 2014; for the first time in the cycle, Orvieto is joined by second pianist Fausto Bongelli on some pieces.
96 kHz / 24-bit PCM – Naxos Studio Masters