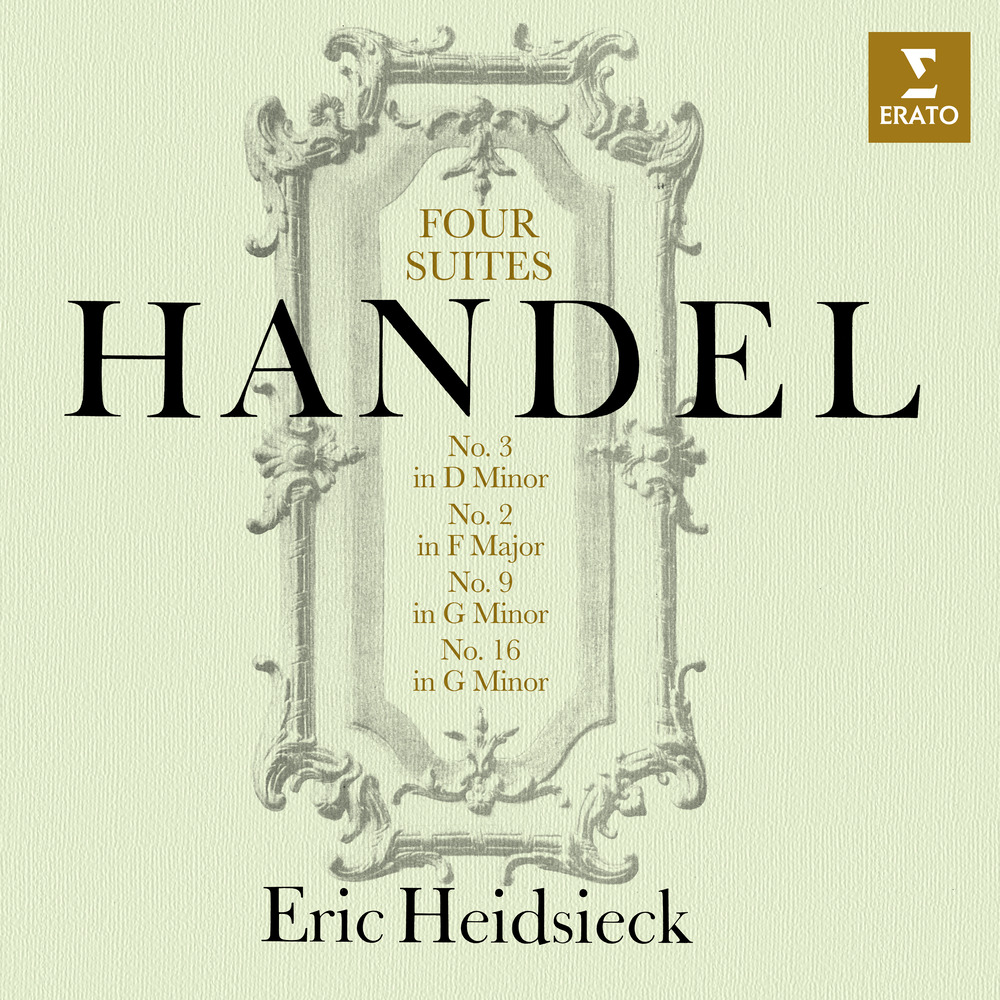 Available in MQA and 192 kHz / 24-bit, 96 kHz / 24-bit AIFF, FLAC high resolution audio formats
French classical master-pianist Éric Heidsieck presents his catalogue recordings of Handel. Here tackles HWV 427, 428, 439 & 452 of Baroque composer George Frideric Handel's 16 keyboard suites. Born in Reims, Heidsieck gave his first recital at the age of nine and his first concert with orchestra a year later. He studied with Marcel Ciampi then Alfred Cortot and followed Wilhelm Kempff's lessons on Beethoven. Since the beginning of his career, Heidsieck has given more than 2000 concerts around the world. He has also given numerous masterclasses in France and abroad.
192 kHz / 24-bit, 96 kHz / 24-bit PCM – Warner Classics Studio Masters