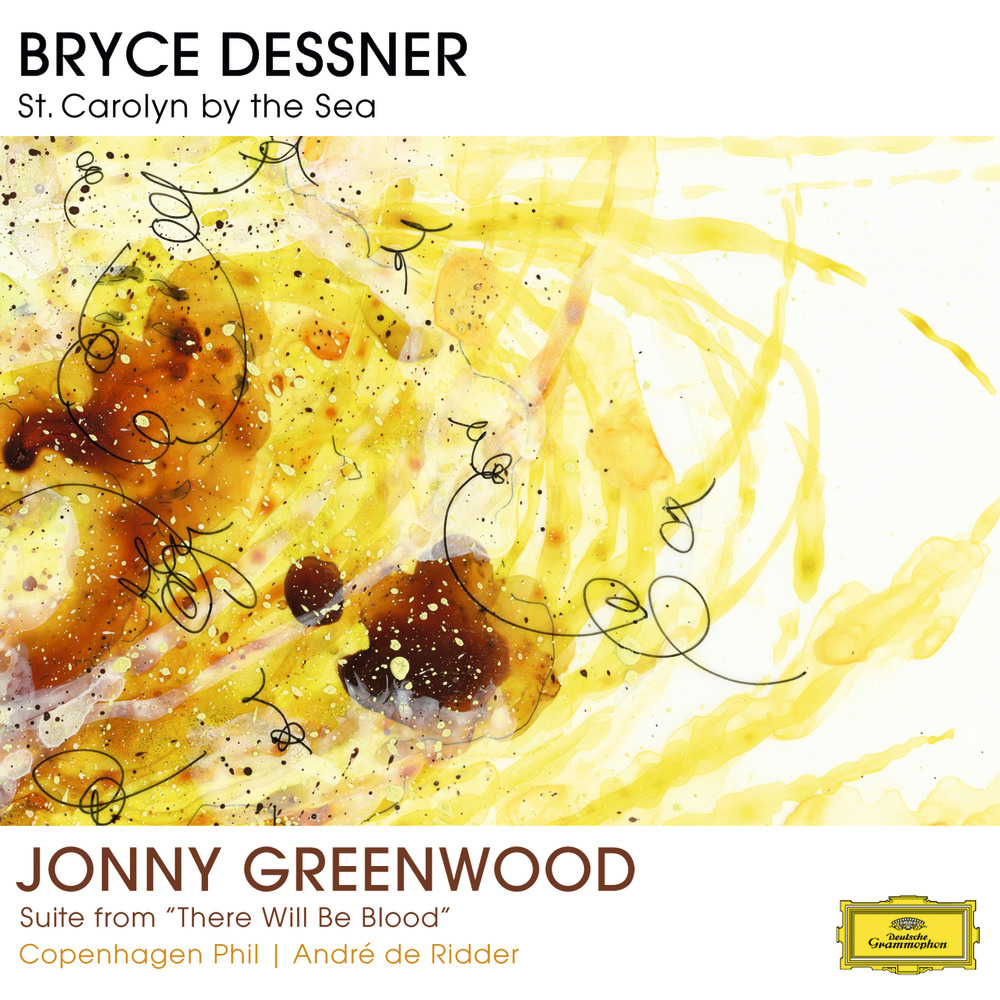 Bryce Dessner: St. Carolyn By The Sea – Jonny Greenwood: Suite From "There Will Be Blood"

Available in 96 kHz / 24-bit AIFF, FLAC high resolution audio formats
"... fresh and inquisitive. Sensitive performances by the Copenhagen Phil." - BBC Music Magazine " ... suspenseful, modern orchestral pieces -- with the odd burst of boiling atonal angst ..." - Sinfini Music "... terrific pieces of music by any stretch ... both pieces are independently stunning ... will go down as a modern classic." - PopMatters.com Rock guitarists Bryce Dessner of indie band the National and Jonny Greenwood of Radiohead are both active in the world of classical music and they share time on this 2014 release. Following his acclaimed compositional release Aheym, Dessner's contribution here is St. Carolyn by the Sea featuring debut recordings of three of Dessner’s compositions: the title work, Lachrimae and Raphael, all performed by the Copenhagen Philharmonic under conductor André de Ridder. Greenwood's suite features a variety of string-heavy pieces from the Oscar-winning film There Will Be Blood, including Open Spaces, Future Markets and Oil. The pairing of these two rock-musicians-turned-classical-composers was an artistic choice by de Ridder, who frequently programs their music together during live concerts.
96 kHz / 24-bit PCM – Universal Music Group Studio Masters