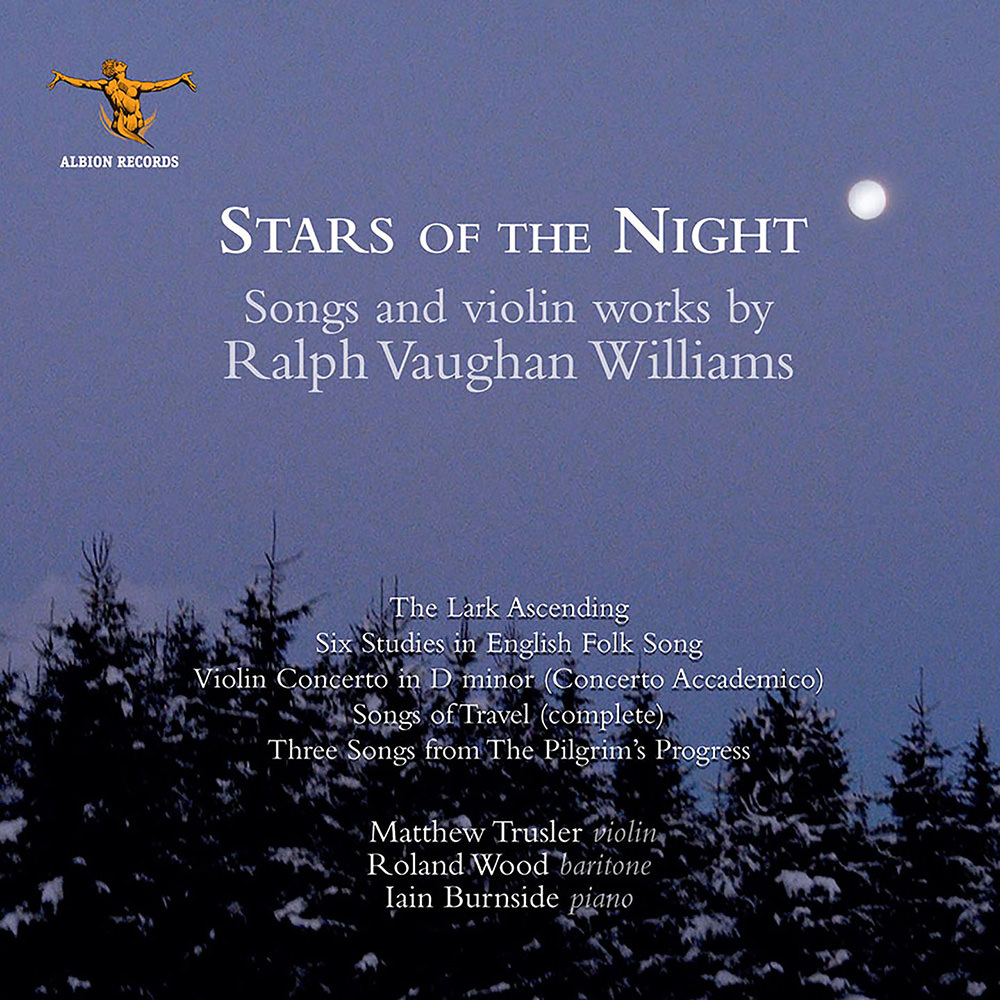 Stars of the Night: Songs and Violin Works by Ralph Vaughan Williams

"Wood is a fine musical storyteller, articulating words and melodies with equal sensitivity and care ... the melodic architecture emerges clearly in Matthew Trusler's vital performance ... a treasure trove of a disc full of fresh insights and sideways glances at familiar repertoire."
- Gramophone

Stars of the Night highlights both Vaughan Williams's skill in setting English poetry and prose to music and his abiding love of the violin, which he described as his "musical salvation." Baritone Roland Wood, accompanied by pianist Iain Burnside, is featured on three songs from the PIlgrim's Progress, arranged by Williams for baritone and piano. For many Williams fans, the highlight of this programme will be his arrangement of the eternally-popular A Lark Ascending for violin and piano. Only the second recording in this format, young British violinist Matthew Trusler is the soloist, accompanied again by Burnside. They also perform the composer's beautiful Six Studies in English Folk Songs alongside the world premiere of the Concerto accademico for violin and piano.
44.1 kHz / 24-bit PCM – Albion Studio Masters