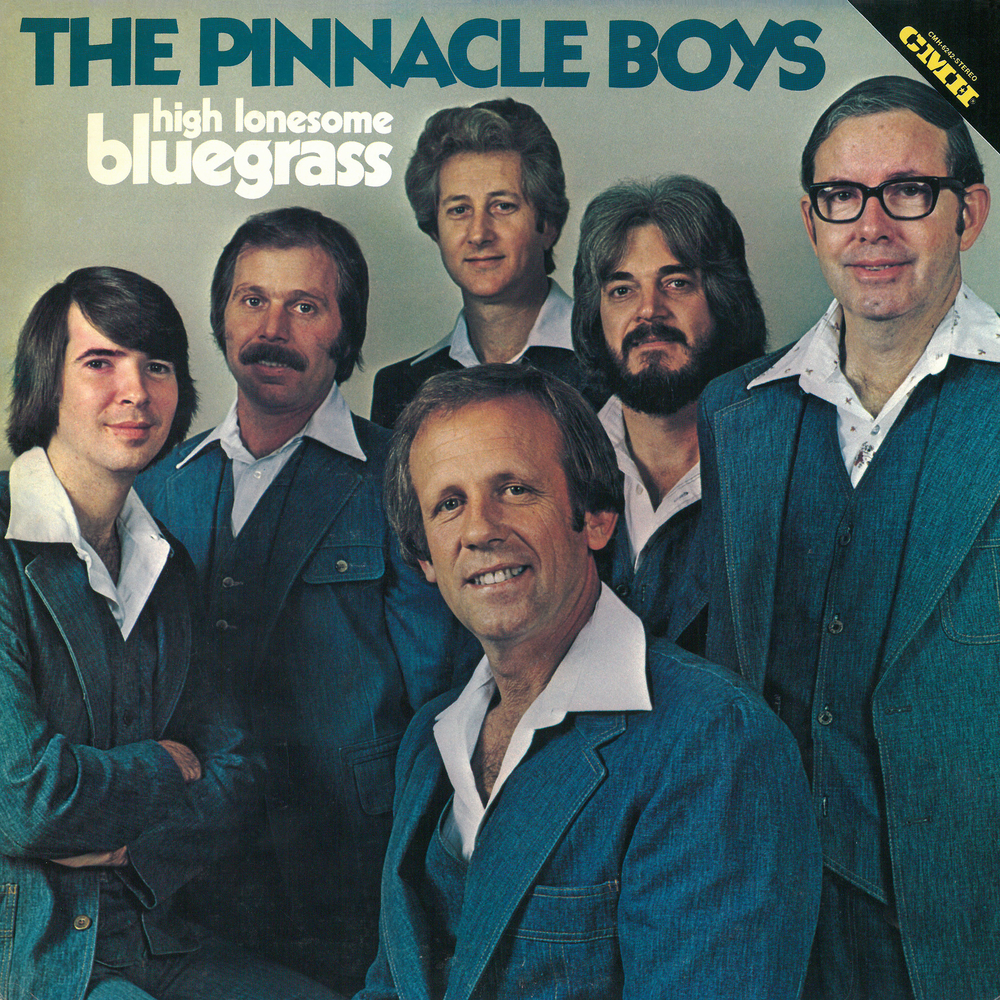 Available in 96 kHz / 24-bit AIFF, FLAC high resolution audio formats
The Pinnacle Boys were one of the great Knoxville bands in the '70s that were considered among the best in the current bluegrass crop. Yet, the actual lineup on a given day could change whimsically, with the comings and goings of various star sidemen in these and every other bluegrass band in the Appalachian area too complicated for anyone to follow. However, High Lonesome Bluegrass features a fantastic line-up with Bud Brewster (best known for backing Carl Story) featured on guitar and lead vocals, Randall Collins on lead fiddle, Rob Mashburn on bass, Jerry Moore on harmony fiddle and baritone vocal, Mike Pearson on banjo and tenor vocal, Jim Smith on mandolin, Doug Klein & Robby Osborne (son of the legendary Bobby Osborne) splitting drum duties and Produced by Sonny Osborne (of the Osborne Brothers, and Robby’s uncle). There was something at the heart of the group's music other than flashy virtuosity, perhaps a bit of their hometown's sentimental old-time music atmosphere, that made this group truly special to bluegrass music.
96 kHz / 24-bit PCM – CMH Records Studio Masters