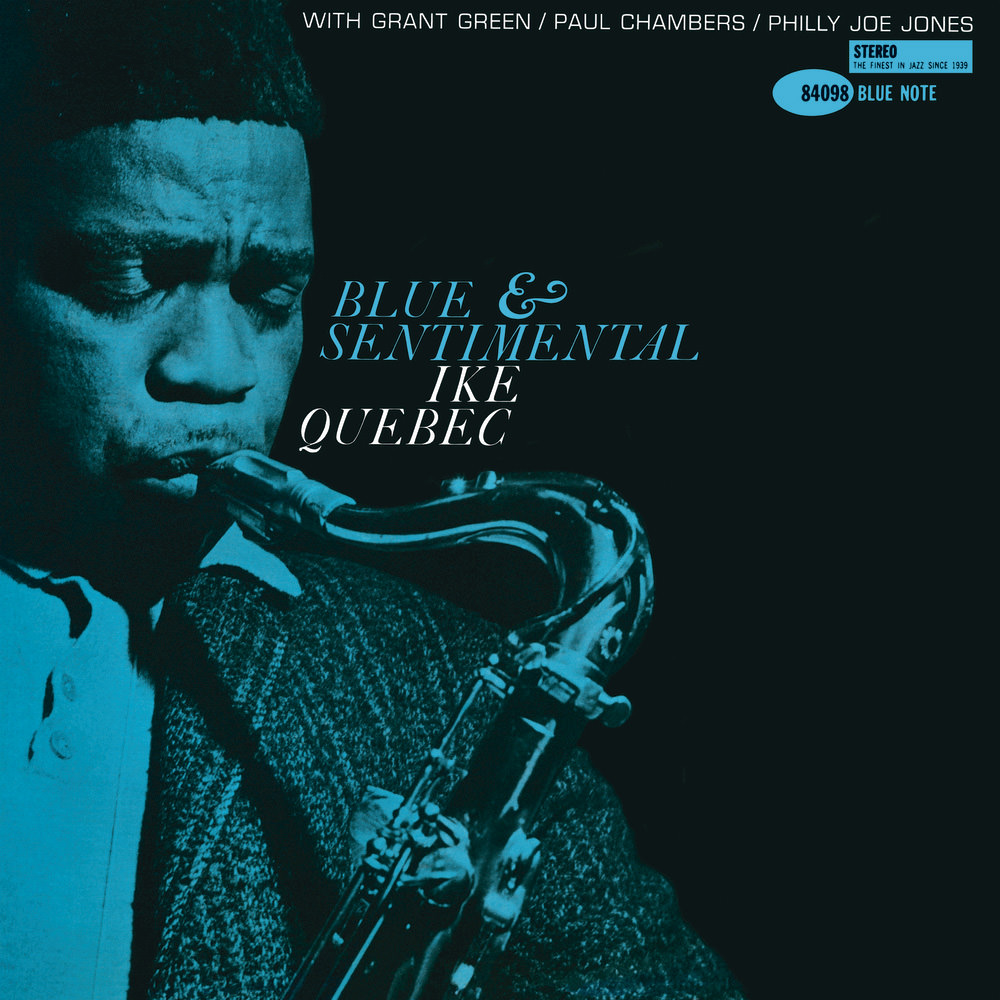 Available in 192 kHz / 24-bit, 96 kHz / 24-bit AIFF, FLAC high resolution audio formats
"... illustrates his bluesy, soulful style ... (a) stellar quartet ..." - DownBeat "Jazz Spotlight ... Quebec was near perfect when it came to slow blues and ballads and he plays his heart out on this album." - Billboard "... probably Quebec's most perfectly realized album ... features an outstanding lineup ... in place of a keyboard, Grant, quietly comping or soloing in fluid single note style, creates acres of space in which Quebec's rapturous playing can shine... beautiful and enduring music, all of it, from a near-forgotten minor master." - All About Jazz Blue & Sentimental from saxophonist Ike Quebec's was recorded in late 1961 but only released by Blue Note in 1963, a few months after his death. Most of these songs, a combination of standards and originals, feature an all-star band consisting of guitarist Grant Green, bassist Paul Chambers and drummer Philly Joe Jones. On the final track Count Every Star, from a different session a week later, Sam Jones handles bass duties and Louis Hayes sits behind the drums, while Sonny Clark appears on piano.
192 kHz / 24-bit, 96 kHz / 24-bit PCM – CM BLUE NOTE (A92) Studio Masters