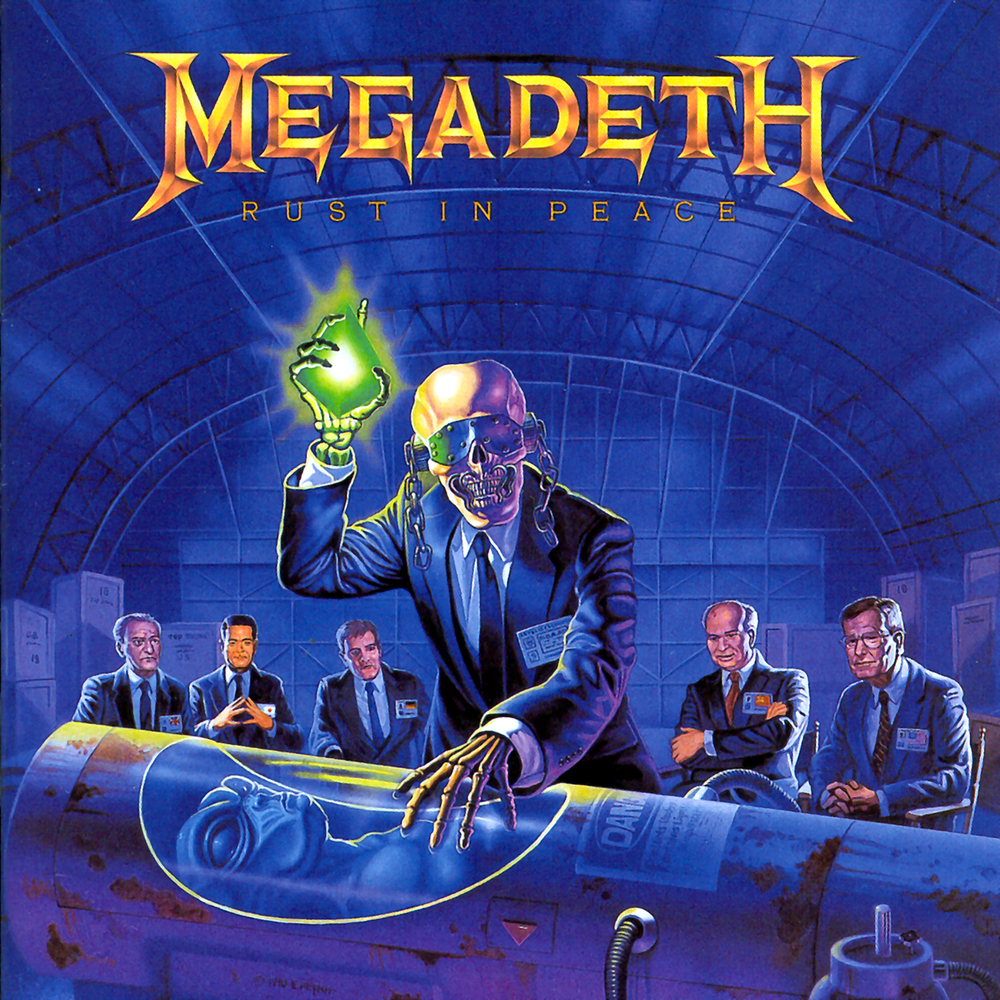 Available in 192 kHz / 24-bit, 96 kHz / 24-bit AIFF, FLAC high resolution audio formats
UK Albums Chart - #8, 1990 Billboard 200 - #23, 1990 Grammy nomination - Best Metal Performance, 1990 "... mature, complex, surprisingly consonant and sparely produced ..." - SPIN "... the last word in state-of-the-art thrash metal ... In Friedman, Mustaine, in particular, finally found a six string foil whose talents were arguably even technically more polished than his own ... an absolute master class in heavy metal guitar playing ... listeners were left breathless by such frantic virtuosity ..." - UltimateClassicRock.com "... the band has found a way to keep its brutality inventive ... Megadeth is still coming up with new inflections amid the blitzkreig rhythms and lightning-fast leads ... (the two new members) prove as creatively abusive as their forebears. They help the group’s new music dent its way into your memory without ever resorting to conventional hooks. Sheer velocity, combined with dexterity, is the draw here. The band members make their triple-timed rhythms seem effortless and no matter how thick their guitar chords, they still manage to make them swing ... here, at least, speed doesn’t kill, it thrills. B+." - Entertainment Weekly Megadeth's commercial and critical breakthrough, Rust In Peace was released in 1990 and went on to sell over a million copies in the US alone. Featuring the debut of new guitarist Marty Friedman and drummer Nick Menza, who helped revitalized the group, Rust In Peace even garnered a Grammy nomination and was included on several lists of the best metal records of the year and of all time, setting the stage for Megadeth's most successful career album to come in 1992, Countdown To Extinction.
192 kHz / 24-bit, 96 kHz / 24-bit PCM – CAPITOL CATALOG MKT (C92) Studio Masters