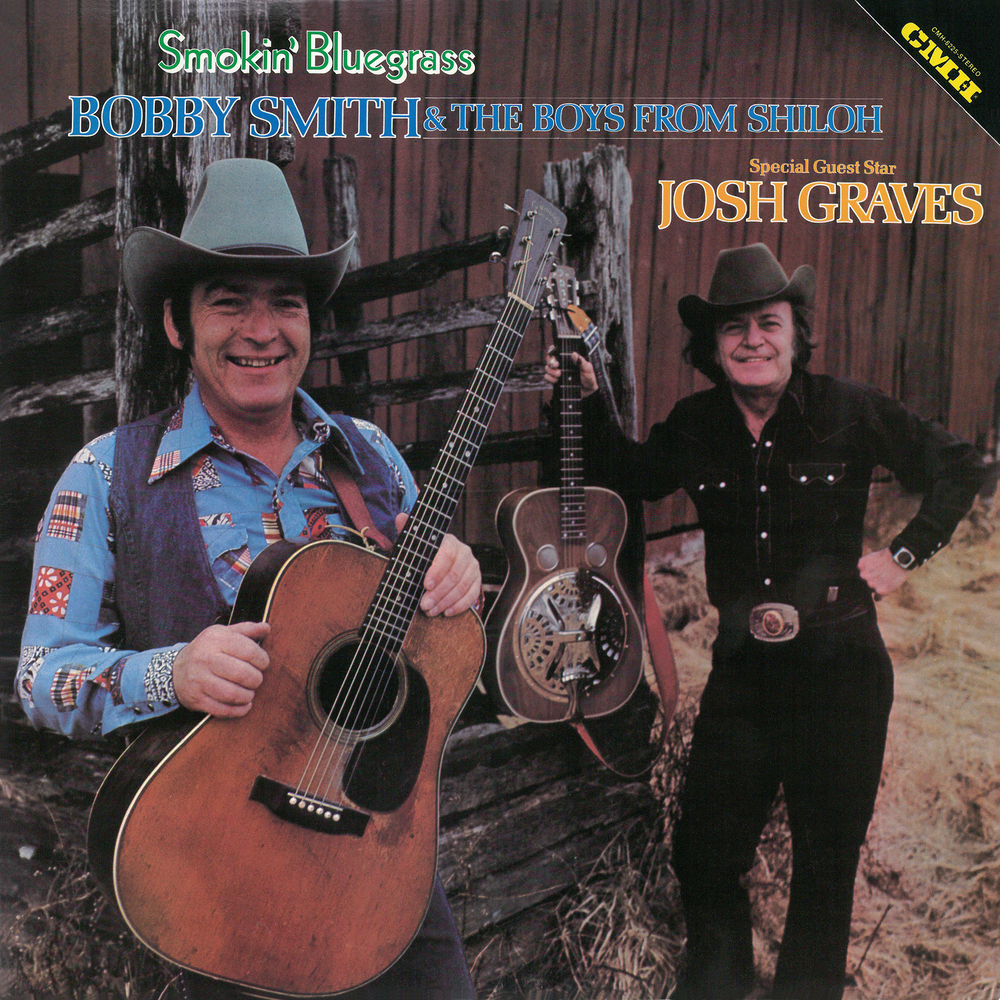 Available in 96 kHz / 24-bit AIFF, FLAC high resolution audio formats
Tennessee native Bobby Smith was singing and playing guitar by the time he was ten years old. His talents have been seasoned by years of professional work, both in other’s groups (including a stint as lead singer for Bill Monroe) and as leader of The Boys From Shiloh. Bobby tempers his solid bluegrass roots with versatility and an open mind, enabling him to perform material ranging from the classic “Fifteen Miles From Birmingham” to songs such as “Let Your Love Flow” and “Down On The Corner” with equal grace and ease. His lead vocals are well-supported by the solid picking and singing of The Boys From Shiloh. Additionally, Bobby’s long-time friend Josh Graves adds his own spark to the album along with guest fiddler Vassar Clements. This is CMH's first ever digital release of the 1978 classic LP, and it’s only gotten better with time.
96 kHz / 24-bit PCM – CMH Records Studio Masters