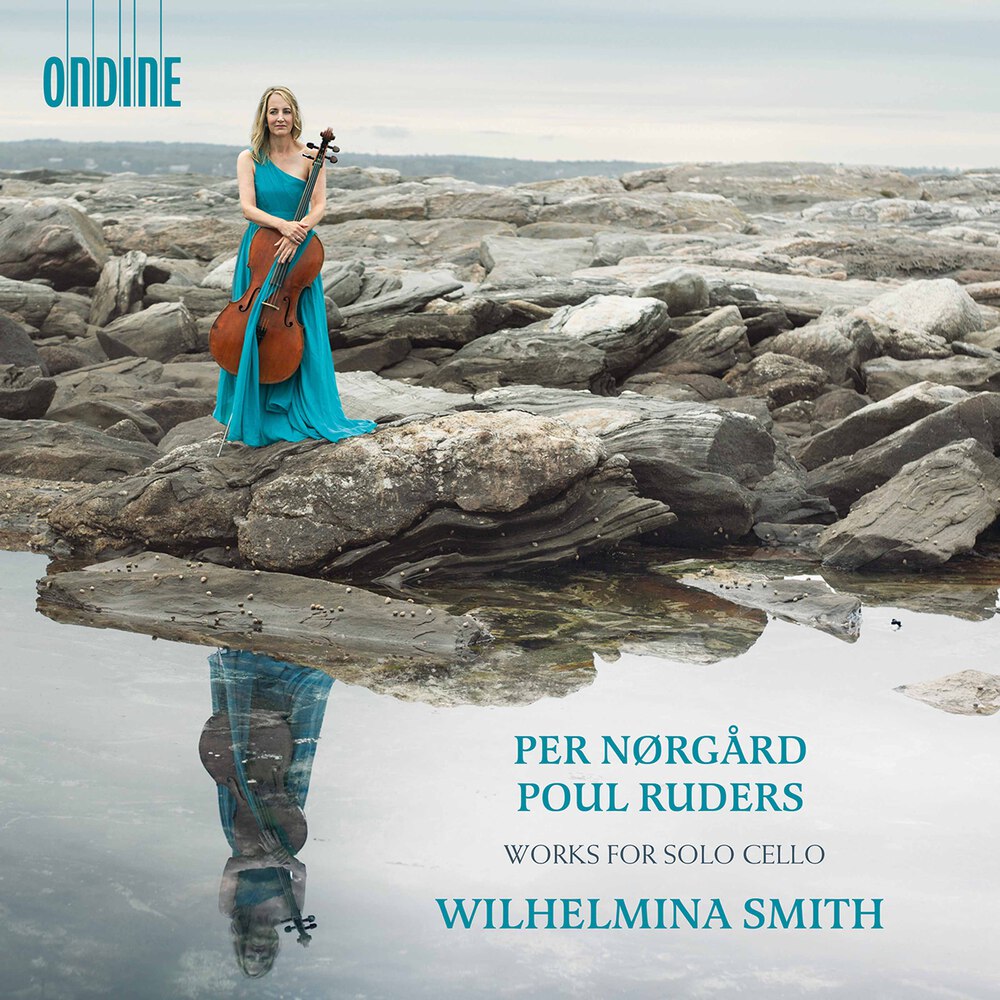 Available in 96 kHz / 24-bit AIFF, FLAC high resolution audio formats
Cellist Wilhelmina Smith’s second album on Ondine continues exploring contemporary Nordic repertoire for solo cello. In her new album Smith has focus on Danish contemporary composers, Per Nørgård (b. 1932) and Poul Ruders (b. 1949). Both Nørgård and Ruders are known for their large-scale orchestral works. Nørgård, in particular, is known for his eight symphonies and has been hailed by many as one of the greatest living symphonists. It is therefore intriguing to look closer to his two very early lyrical solo cello sonatas, early masterpieces written just before completing his 1st Symphony. In 1980, the composer revised his second sonata by adding an extensive second movement, almost an entirely new sonata, to the existing work. Nørgård’s 3rd sonata “What – Is the Word!” from 1999 is a short “Sonata breve” that takes its title from a quote by Irish playwriter Samuel Beckett. Another major Danish composer of our times, Poul Ruders (b. 1949), has also written 5 symphonies alongside several concertos and three operas. Ruders wrote his 10-movement Bravourstudien in 1976, just at the brink of a major stylistic change. This work is a set of variations on a Medieval folk tune “L’homme armé”. In this work, however, the original theme is heard at the very end of the work.
96 kHz / 24-bit PCM – Ondine Studio Masters