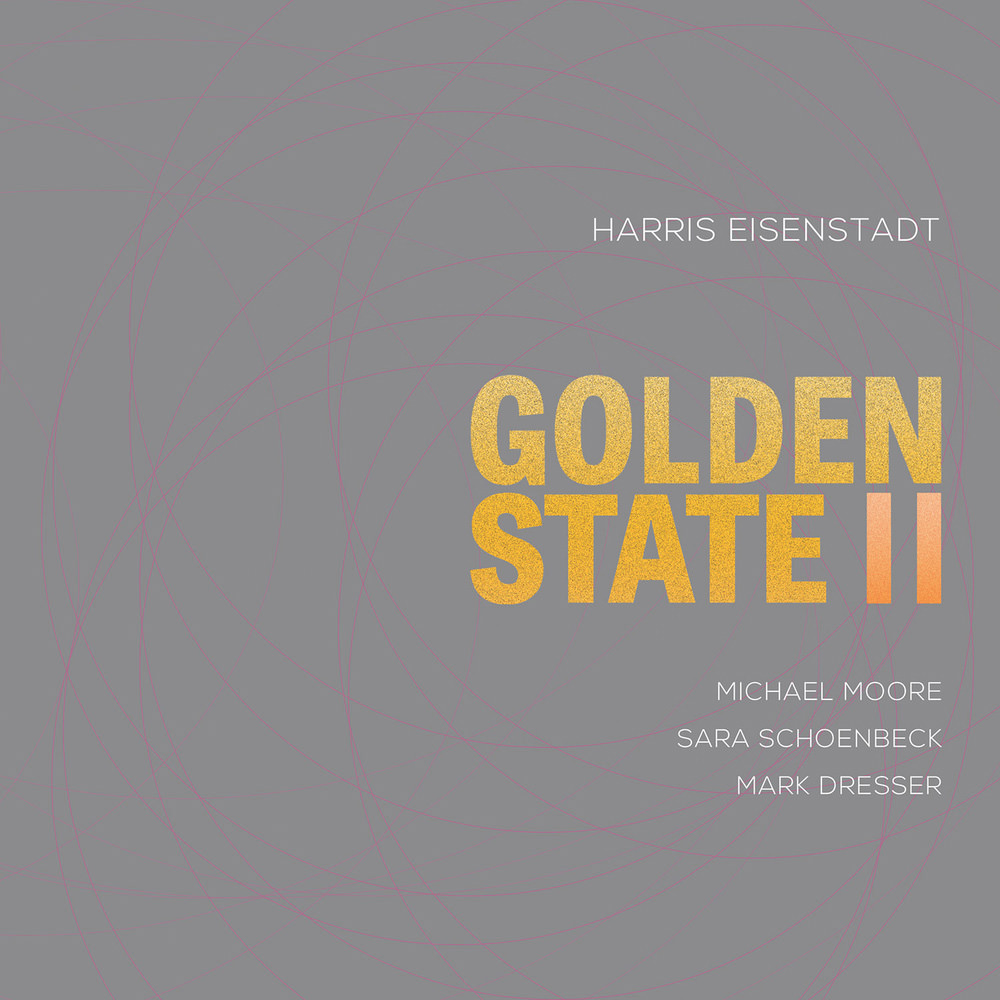 "... noteworthy compositional strategies and structural elements are at play ... the greatest thrills usually come with the moments of impulsivity and improvisation ... the forces of individualism and solidarity are both alive and well here."
- All About Jazz

This album of "creative chamber jazz" from drummer and composer Harris Eisenstadt and his Golden State quartet was recorded in concert at the 2014 Vancouver Jazz Festival with Michael Moore on clarinet replacing Nicole Mitchell’s flute, as she was not available for the Canadian festivals tour. As before, the basic concept of the band puts orchestra instruments into chamber and improvisational contexts; Eisenstadt's influences include Eric Dolphy, Yusef Lateef and the AACM.

"In the end Golden State is a project built for my wife and me to get to play together in a small ensemble setting. Sara (bassoonist Schoenbeck) has been my longest active musical partner (in addition to our personal partnership). Since we had our son, Owen, almost six years ago, we have had less opportunity to play together. Wherever Golden State goes in the future, it will always be a small group, chamber-oriented project built on my collaboration with Sara."
- Harris Eisenstadt
88.2 kHz / 24-bit PCM – Songlines Recordings Studio Masters