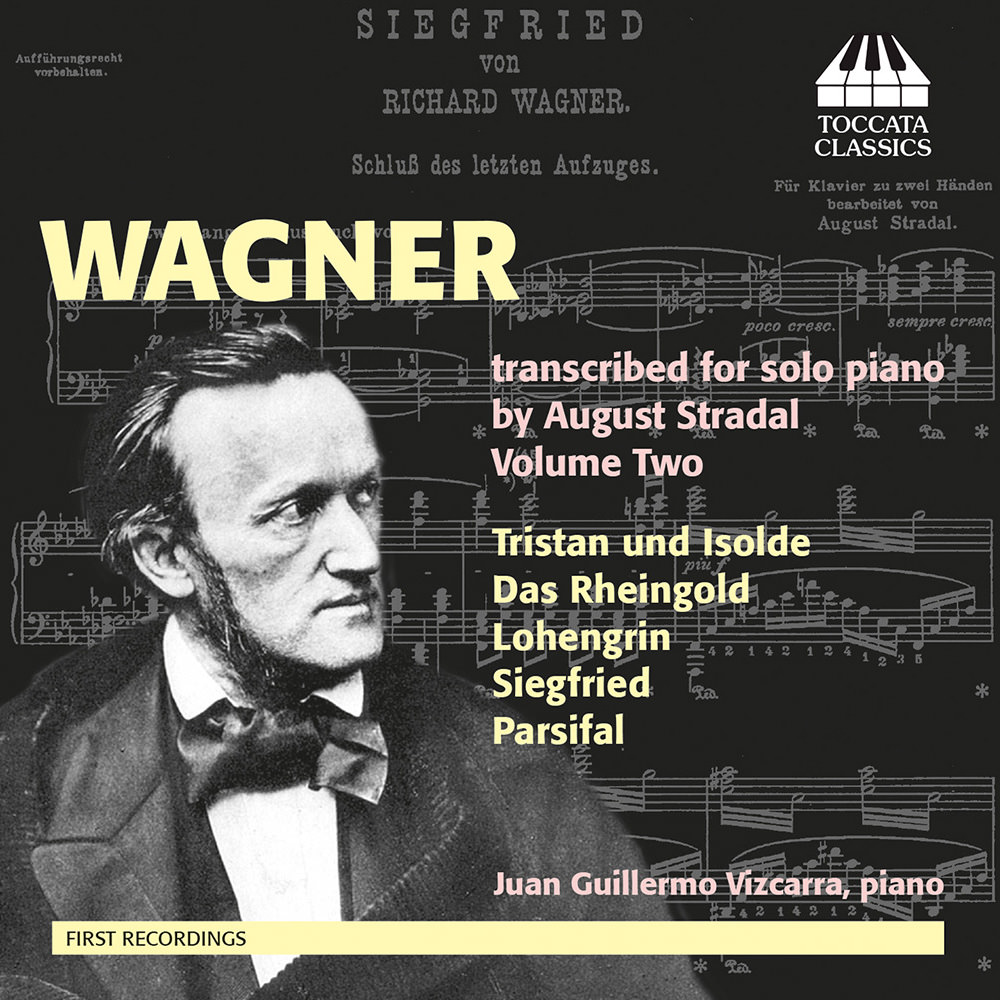 Available in 48 kHz / 24-bit AIFF, FLAC audio formats
"... Stradal manages to make it sound wide-ranging and, helped by Vizcarra, spontaneous; it all (just) hangs together ... Vizcarra is obviously deeply enamoured of the lyricism that shoots through both the paraphrase and the opera itself and something of the special, proto-Parsifal quality of Lohengrin does indeed come through. The course to the final, ringing climax is exquisitely plotted by Vizcarra ... it works beautifully ..." - Fanfare "… after the experience of Volume 1 the sheer technical skill of pianist Juan Guillermo Vizcarra now comes as a given ... (a) reinforced sense that in purely musicianly terms he is a very impressive interpreter of Wagner ... Vizcarra is thrillingly virtuosic whenever required but it is in the reflective and lyrical passages that his interpretative skill shines through ... this is an excellently presented and carefully prepared release with high quality engineering to match the imaginative programming." - MusicWeb International Czech-born pianist and writer August Stradal, a student of Bruckner and disciple of Liszt, was one of the more prolific transcribers of the 19th and early 20th centuries, producing a vast quantity of piano music including Liszt's orchestral works, most of the Bruckner symphonies, a good deal of the Baroque (not least a huge amount of Bach) and much more, most of it phenomenally difficult to play. This second in a series of world premiere recordings of Stradal's Wagner transcriptions is cast in the best barnstorming virtuoso tradition by Juan Guillermo Vizcarra.
48 kHz / 24-bit PCM – Toccata Classics Studio Masters